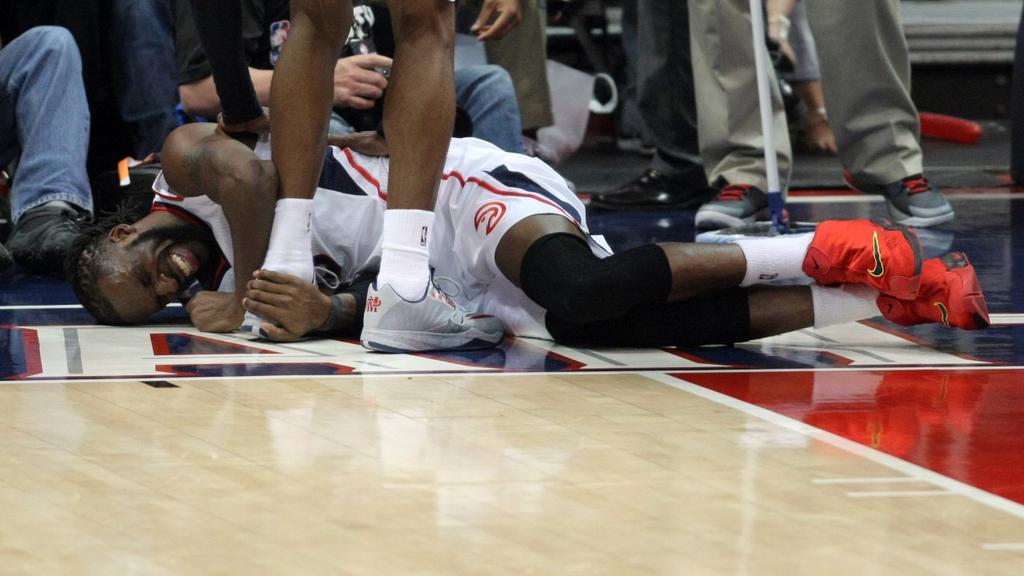 The Hawks and their fans feared the worst, but an MRI Thursday revealed no structural damage. Carroll’s status for Game 2 remains up in the air.

The 28-year-old scored five points in the series-opener before going down; he is Atlanta’s leading scorer during the postseason.

An MRI exam on the left knee of Hawks’ forward DeMarre Carroll showed no structural damage and confirmed the original diagnosis of a sprain. Carroll will be day-to-day.

Carroll was a Philips Arena Thursday prior to the Hawks’ practice and walking without the aid of crutches.

Carroll suffered the left knee injury on a drive to the basket following a steal with 4:59 remaining in Game 1 Wednesday. He was hurt planting for a layup following a fastbreak steal. He immediately grabbed his left knee when he hit the floor and was in pain. After several minutes he was helped by two teammates to the Hawks locker room unable to put any weight on his left leg. Following the game, the Hawks announced that Carroll suffered a left knee sprain and would have an MRI exam.