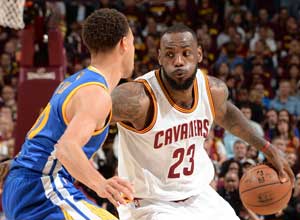 The NBA Christmas Day lineup is ready to go! The League released its schedule today for the 2015-2016 season, and looks like we’re in for a bunch of treats come December 25—including a rematch of the 2015 NBA Finals between the Golden State Warriors and Cleveland Cavaliers!