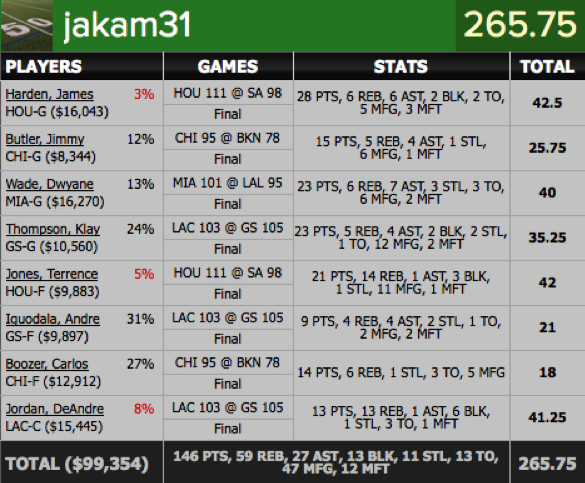 The goal is to draft the players that will have the most fantasy points in Friday’s games. Draft 3 Guards, 3 Forwards, 1 Utility and 1 Center while staying under the $100,000 salary cap. Salaries are determined based on projected/historical fantasy points. Go now!

Here are the highlight players for Friday’s games:

Russell, Wilt, Bird. The real “Big 3,” and LeBron wants to join them as the only players to win 3 MVPs in a row. He plays his hardest every night. The Nets pose little threat to the King.

Word on the street is that Kevin Love’s may be sacrificing some of his defensive potential to go after every board. Nice for fantasy owners. Who’s going to keep him off the glass in Charlotte?

With Chris Paul out Lob City is without their Captain, but the Blake Show must perform at a high level if  L.A. is going to beat the Lakers in L.A.

Bynum’s dead weight has been replaced with an All-Star in Deng and Kyrie is going to be able to drop more dimes and have more space on the floor do drive and shoot. Cleveland is a better team this Friday than they were last Friday.

Fear the beard. If you don’t, he will torch you. Look what he did on Christmas Day. Only 3 percent of players owned him including the $25,000 winner. Harden is a beast.

There are 12 games on Friday’s NBA Schedule: 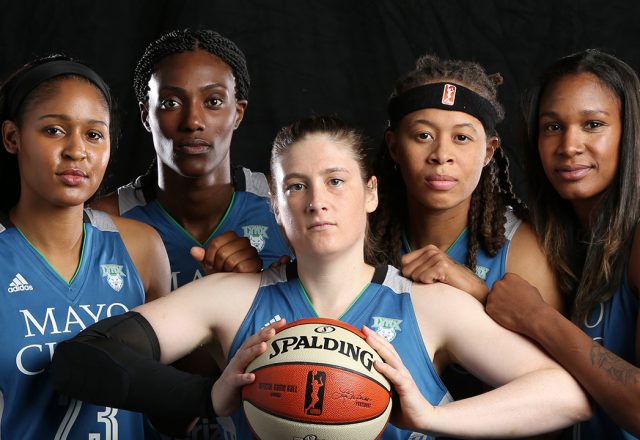