The Cavs complete the greatest comeback in Finals history to defeat the Warriors, 93-89, in Game 7. 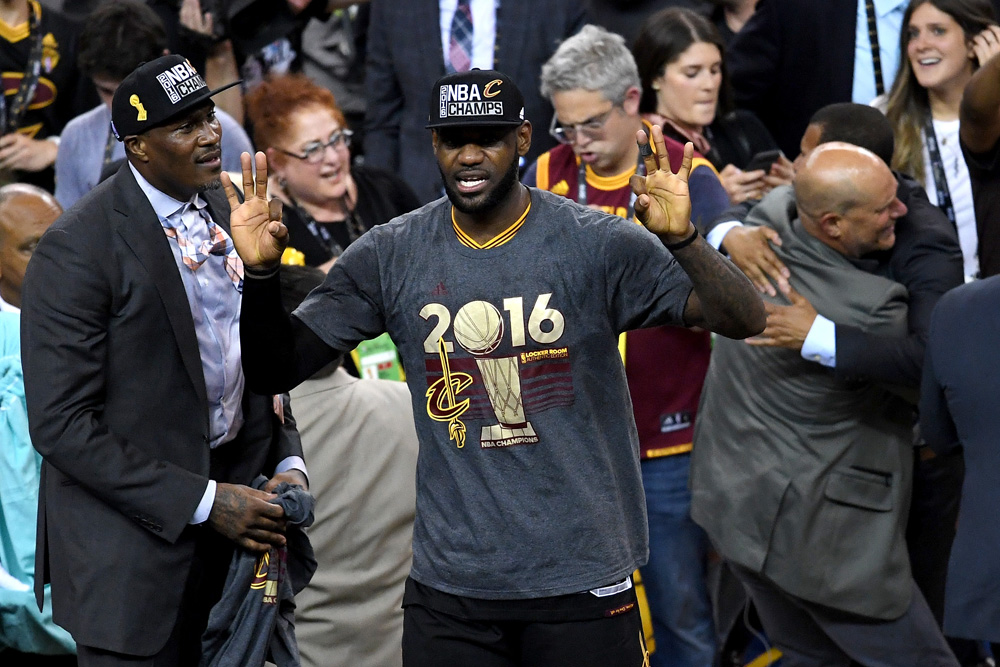 OAKLAND– It was all unreal from the jump. A Game 7 between to of the most star-studded teams in basketball. The two best players in the world. Everything at stake.

Both teams came out with tons of energy in the first, and committed a lot of unforced turnovers, but they settled in as the clock ticked on.

LeBron set the tone for Cleveland early when he seemingly touched the sky to throw down a monster two-handed jam:

As well as James played in the first, he did commit 3 turnovers in the quarter, which has not been a good sign for the Cavs in the Finals.

Curry shot just four times in the first despite playing nearly the entire quarter. He did manage to drop two treys, which proved to be a precursor of sorts for the rest of the game.

Golden State made a statement in the second quarter, headed by a brilliant performance by Draymond Green. He played all 12 minutes in the quarter, hitting 4-4 from beyond the arc and making countless hustle plays to give the Warriors the advantage.

Bron rejected Curry early in the second quarter. It seemed like Bron didn’t say a word, and then Curry got talking.

The Cavs came out of the break strong and quickly tied the game at 54-54. The teams traded runs, but it was Kyrie Irving who put the Cavs on his back, finishing with 12 points in the third.

The Warriors built up a little momentum heading into the fourth. When Shaun Livingston threw down a major slam on the fast break, Oracle was ready to explode.

The fourth quarter was a blur of intensity and tension, with neither team being able to break away. It came down to the final minute.

With the game tied at 89-89, Kyrie hit a three in Curry’s grill to give the Cavs the lead with 53 seconds left.

Several tension-filled possessions later, LeBron got to the line after nearly dunking on Draymond Green. He made only one free throw, but it proved to be enough.

Curry had one last shot, but he missed wide as time expired.

Congrats to the Cavs for becoming the first team in NBA history to come back from a 3-1 deficit, and ultimately bring a title to the Land.