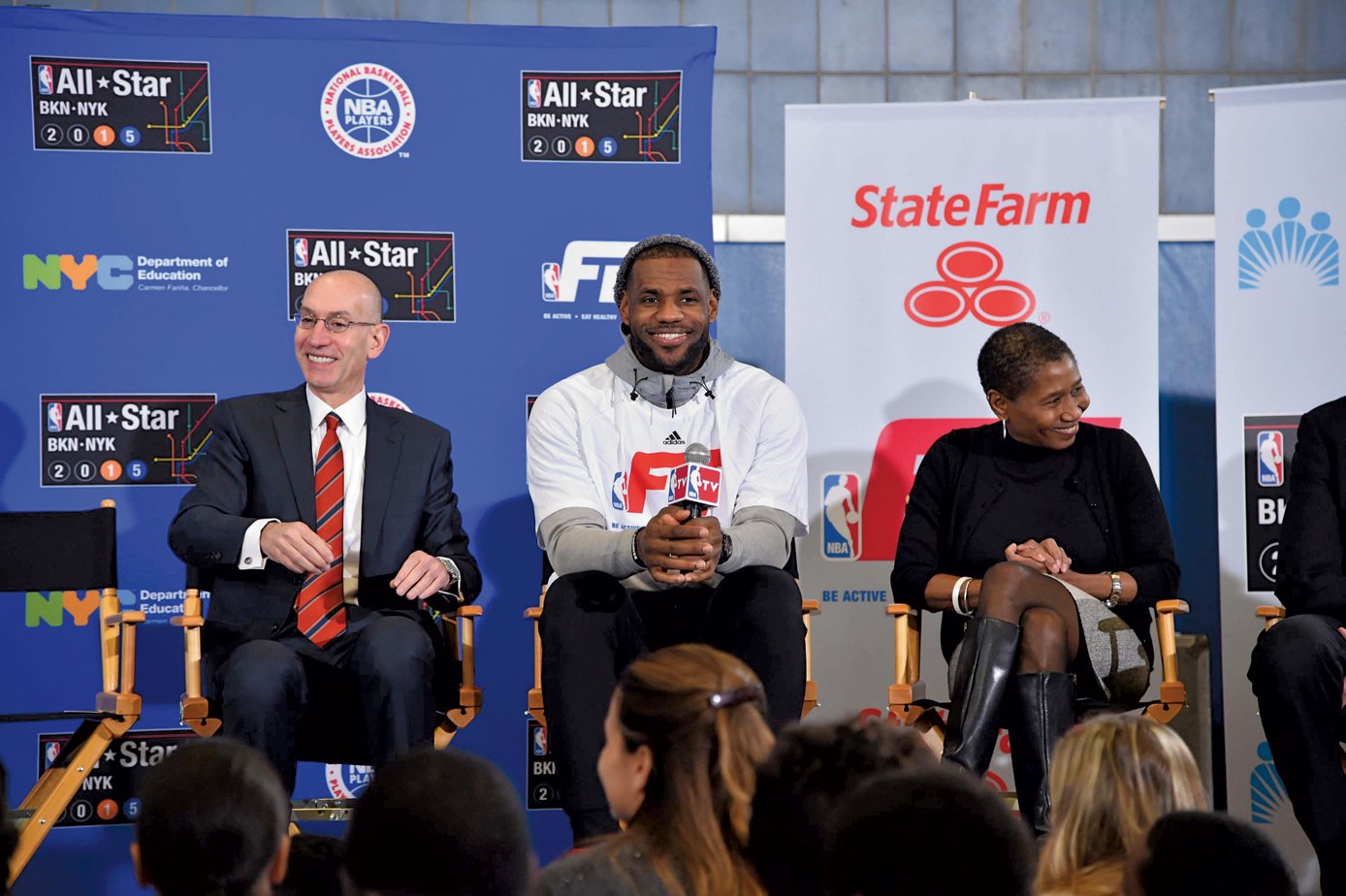 Given the history of how these NBA labor negotiations typically work out—to say nothing of all the charged rhetoric on both sides of the battle between billionaire team owners and millionaire ballplayers—the prevailing assumption from all onlookers is that we’re headed for another work stoppage in 2017.

According to Michele Roberts, the executive of the National Basketball Players Association, there’s some hope that a new Collective Bargaining Agreement will be signed prior to the end of the 2015-16 season.

Roberts says she’s encouraged by the dialogue she’s been having with League commissioner Adam Silver in the lead-up to the labor talks.

As soon as you started you declared that the union was divided and not well represented: how is the situation now? […] “Many players were skeptical on the importance of the union, especially for the behavior of my predecessor. We regained credibility and players’ confidence.”

How can the potential lockout be avoided in 2017? […] “Sitting down at a table already now with the NBA to understand what worries the owners and what worries the players. In the past very few attempts to speak in advance of the problems that led to the lockouts have been made. Whether Both commissioner Silver and myself want to do everything possible to prevent the NBA to stop: the only way is to negotiate. We have already started, we will meet again in early September with the hope to announce within the end of the season that the union and the league have solved their problems.”

What would you change if you could, of the CBA? […] “At least 10 things, but what I care the most is that players will continue to have a fair share of what enters into the NBA coffers. There is a new TV deal which will bring 24 billion dollars. The popularity is growing, but let’s remember that we wouldn’t be here without the players.”