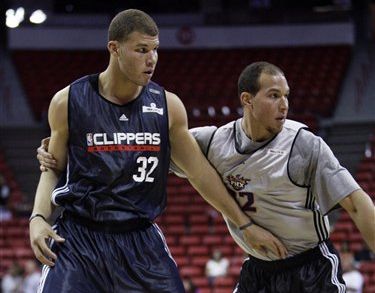 In light of the sobering realization that watching NBA basketball on time (if at all) next season is little more than fantasy at this point, agents, fans and media have thought of different ways that players could continue to play the game in organized, and lucrative ways.

Most solutions so far involve hastily-organized exhibition games here and abroad, streetball duels, and for some players, joining overseas teams on a temporary basis.

The latest idea comes from Impact Basketball, based out of Las Vegas, which is organizing a league comprised entirely of hoops pros. Nearly 70 NBA players are expected to participate.

Impact Basketball, one of the premier basketball training sites in the world, will launch their own league in September. Unlike this summer’s popular pro-am leagues that featured a few NBA players on each roster, the teams competing in Impact’s league will be made up solely of professionals. Nearly 70 NBA players will compete in the league and plenty of stars will participate.

Joe Abunassar, the founder and head trainer of Impact Basketball, confirmed that the league will kick off in mid-September, likely during the week following Labor Day. Two games will be played each day and the league is expected to last at least two weeks long. There is a possibility that the games will be streamed online.

This is obviously not a suitable replacement for nightly NBA hoops, and further underscores just how important the League’s marketing machine, TV deals, arena facilities, etc. are.

But it will give basketball fans a chance to quench their thirst while the lockout drags on.