Nerlens Noel: ‘I’m Too Good To Be Playing 8 Minutes’ 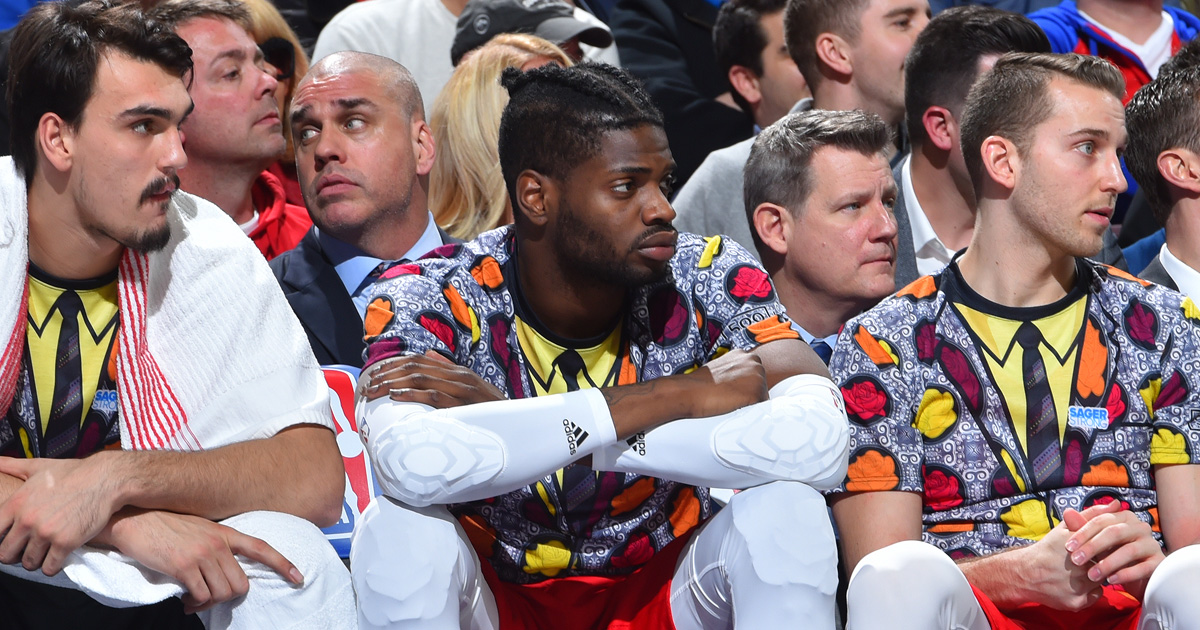 Update (December 18): After his outburst on Friday, Nerlens Noel and Sixers coach Brett Brown met to discuss how they will move forward and Brown said that Noel is in an “unusual situation.”

“He’s highly competitive; he’s in a very unusual situation,” Brown told reporters Saturday. “The fact that it came out as soon as it did caught me off guard. We’ve discussed it, and I’ll be surprised if everybody’s not seeing how we all need to handle this better going forward.”

Noel said that Brown “kept it real” with him:

“We had a conversation. He kept it more real with me, so I respect him a little more for that,” Noel told reporters. “You see some things with more insight, and you handle it how you want to, and just handle it the right way.”

Original Story: Third-year big man Nerlens Noel was heated after playing just 8 minutes in the Sixers’ 89-100 loss to the Lakers on Friday.

Nerlens Noel needs to be traded to the Raptors like yesterday.pic.twitter.com/Y75ZGUAKQG

Noel had previously played 10 minutes in his season debut on Sunday, but sat out Wednesday when the Sixers faced the Raptors due to a sprained ankle.

Noel returned the to lineup on Friday, only to play sparingly behind Joel Embiid and Jahlil Okafor (who played 29 and 24 minutes, respectively).

Coach Brett Brown said that a combination of the Lakers going small and Noel still not being 100 percent contributed to his limited court time.

Prior to this season, Noel had never played fewer than 17 minutes (excluding a game during his rookie season in which Noel suffered a cut on his eyelid in the second quarter and did not return).

Noel was listed as questionable throughout the day and was cleared to play just over 30 minutes before game time. He had suffered a sprained left ankle in his return on Sunday and sat out Wednesday’s game.

“It was a matter of minutes,” head coach Brett Brown said. “I felt like when they started going small something had to give. And Nerlens was a casualty to that, as well as his health is not 100 percent.”