Nets and Joe Johnson Reportedly Working on a Buyout 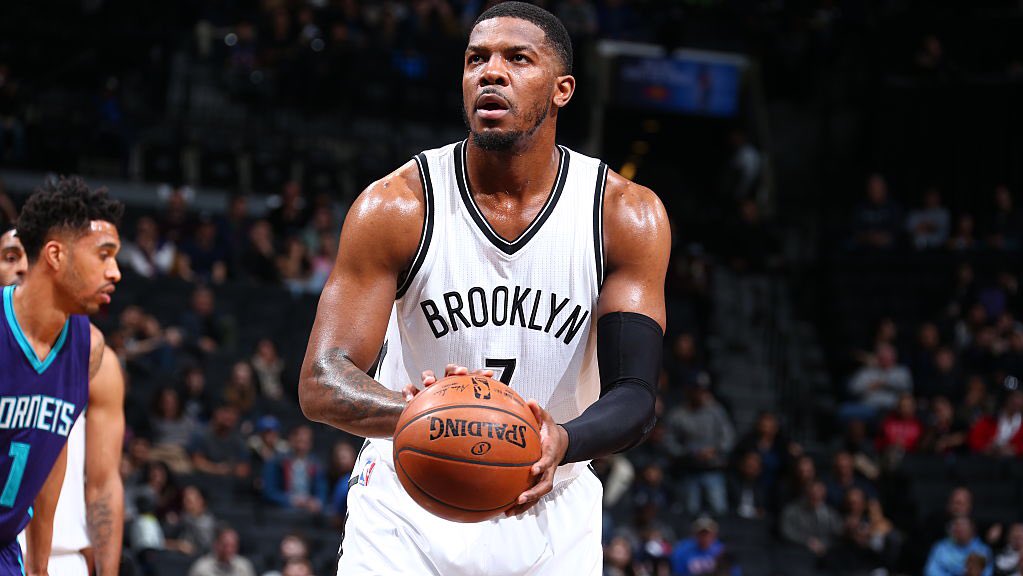 The Joe Johnson Era in Brooklyn—affectionately and forever known as “It’s not that bad here”—will reportedly soon come to an end.

The Nets and Iso-Joe are said to be hammering out a contract buyout, and there is no shortage of potential suitors for the veteran shooting guard.

Joe Johnson and the Brooklyn Nets have opened buyout negotiations, ESPN has learned

#Nets GM Sean Marks said in interview with WFAN Joe Johnson deserves right to pursue playoffs with another team if he wants opportunity.

Could Johnson end back in The A?

The Hawks are one of several teams with serious interest in signing the seven-time All-Star and Johnson has interest in the returning to Atlanta, according to several people familiar with the situation.

Johnson spent seven seasons with the Hawks from 2005-12 and was named an Eastern Conference All-Star six straight years.

Johnson, 34, was in the final year of the six-year $124 million max contract he signed with the Hawks in 2010. He was due to make $24.89 million this season. He will be an unrestricted free agent following the season. […] The Hawks traded Johnson to the Nets for five players and several draft picks, including a first-round selection, in 2012 in one of the first moves by then-general manager Danny Ferry. He has spent the past three seasons with the team.