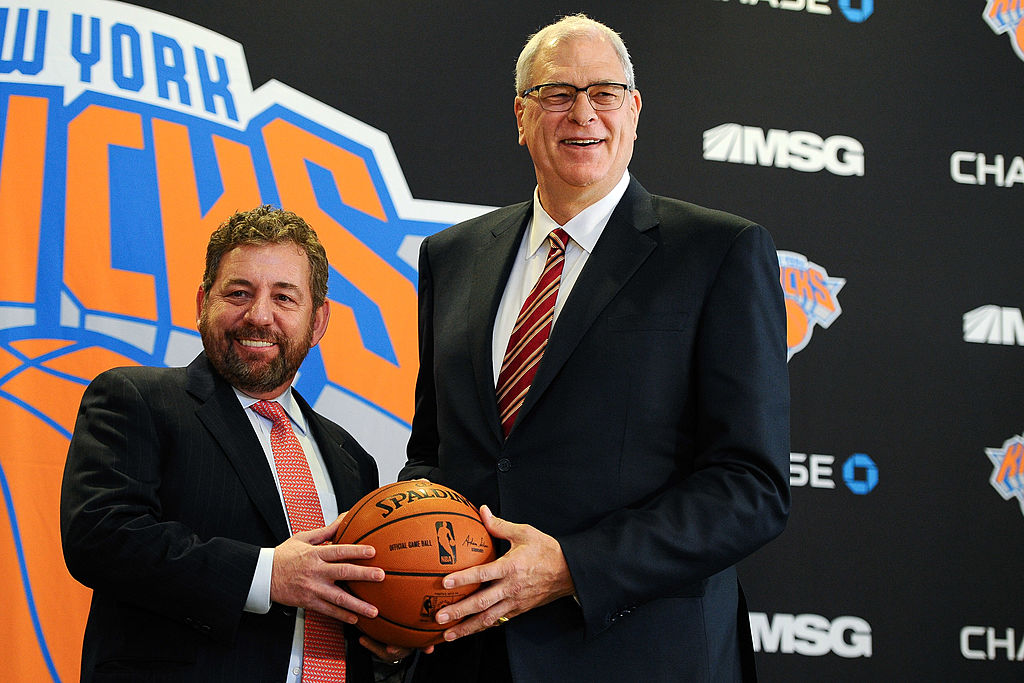 UPDATE: The Knicks and Phil Jackson have agreed to mutually part ways.

The New York Knicks are expected to announce the firing of team president Phil Jackson today, according to multiple published reports.

The Zen Master’s run in New York’s front-office has been an unmitigated disaster, and owner James Dolan appears ready to part ways with him.

Jackson, 71, has two years and over $24 million remaining on his original five-year deal with the Knicks.

Dolan has become increasingly concerned about Jackson’s fitness for the job and the long-term prospects of success for the franchise, especially in the aftermath of Jackson’s entertaining trades for Kristaps Porzingis, the franchise’s 21-year-old burgeoning star, league sources said.

Jackson has struggled to make progress with the Knicks, including a three-year record of 80-166 since he took over the role. His insistence on running the triangle offense has alienated players and turned off potential free agents, and Jackson has struggled to connect with the two head coaches that he’s hired on the job, Derek Fisher and current coach Jeff Hornacek.

Jackson’s public battles with the Knicks’ two highest profile players, Carmelo Anthony and Porzingis, have been part of the marring of Jackson’s run with the Knicks, too.

Jackson was hired three years ago after a historic coaching career that included 11 NBA titles, a prodigal Knicks son returning to restore the organization to relevance. Jackson has struggled to adapt to the modern duties of an NBA executive, making mistakes largely in free agency and trades that have set back the organization.