Nikola Mirotic Out Indefinitely After Punch by Teammate Bobby Portis 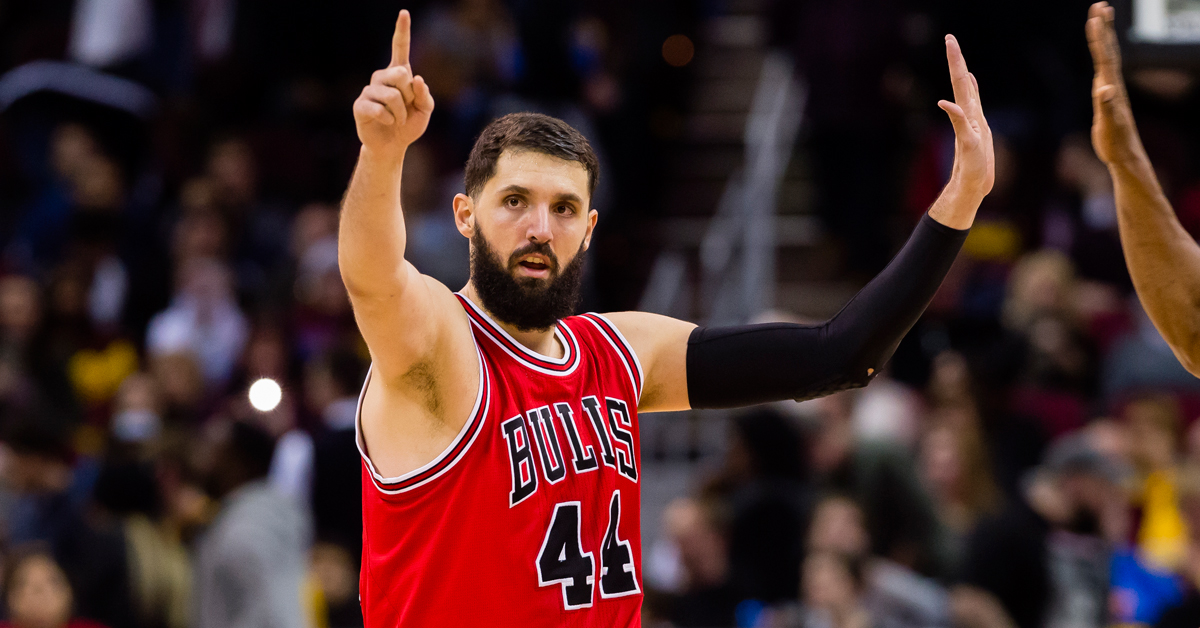 Update [October 18]: According to the New York Daily News, the Bulls have suspended Bobby Portis for eight games and Mirotic will miss four to six weeks “with a fractured jaw and a concussion.”

Bulls GM John Paxson said that Portis is “not a bad person” and “made a mistake” and that the organization will “support our players.”

“Bobby Portis is not a bad person. He’s a good kid but he made a mistake.” – John Paxson

“We anticipate Niko being out 4-6 weeks, but needs to clear concussion protocol.” – John Paxson

“We have to support our players and we will” – John Paxson

According to The Vertical’s Shams Charania, a shoving match during practice ended with a surprise punch from Portis.

Mirotic will likely be “sidelined indefinitely,” and Portis is “almost certain” to be suspended, reports the Chicago Tribune‘s KC Johnson.

Mirotic is home after going to hospital. He has 2 broken bones in his face and was evaluated for concussion, per source. Punched by Portis.

One source said Mirotic had two broken bones after Portis connected and could miss up to three weeks. He has since been released from the hospital.

The Bulls said they are evaulating disciplinary action, but Portis is almost certain to draw a suspension.

The Bulls released a statement on Tuesday saying Mirotic suffered a concussion and “maxillary fractures” and that “surgery is likely required.”