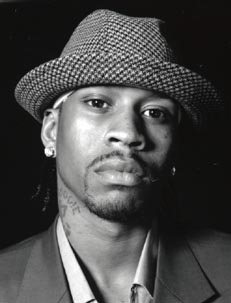 Ah… those lazy days of summer. It sounds like Jamaal Magloire is about to become a Blazer, so naturally the Blazers blog RGB is floating an Iverson rumor that originated in The Oregonian. Portland has a lot of depth up front, and Jarret Jack looks to be the starting PG right now, so I can see why you’d think Portland would want to make this move. Philly’s motivation would be… well, that I can’t answer. Zach Randolph to the Sixers? Yikes. Hey, the Phillies traded Bobby Abreu to save money. Maybe Philly will become the world capital of savings. Of course the NBA doesn’t work the same as baseball where you can dump salary like that. Wishful thinking, RGB. Just be happy with your beefed up frontcourt for now. After about 225 trades since draft night and one awesome site re-design, it seems like the Blazers are on their way back to respectability. Get those $199 season tickets while you still can!