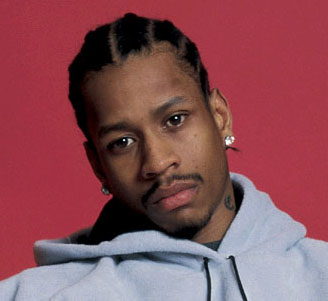 Four years and about seven coaches ago, the Sixers and Allen Iverson were at a turning point. One year prior, they’d been to the 2001 NBA Finals, where they proved a spirited opponent for Shaq and the Lakers. After months spent battling and butting heads, Iverson and coach Larry Brown appeared to have found some sort of common ground, and the Sixers and Iverson finally found a style of play that fit their personnel.

But when the 2001-02 season began, Iverson and several other Sixers came in injured, effectively keeping the Sixers from ever regaining their place atop the Atlantic Division. They started the season 0-5, came back and fought valiantly all season, but they finished fourth in the Atlantic Division and limped into the playoffs, where they were eliminated in one round by Boston.

Meanwhile, it was not the best of times for Iverson. Due to various injuries (including a broken hand), he was able to play in only 60 regular season games. And somewhere during all of that, Iverson found another tipping point between him and his coach: Practice, namely that Iverson was hurt and felt he couldn’t, while Brown didn’t care how The Answer felt, he just wanted him out there on the floor.

So, after the Sixers were elimnated by the Celtics, Brown went public, telling the media: “My problems with Allen have been the same for six years. I love him, his competitiveness. The issues are things he has control over, and he’ll have a problem with me if he doesn’t take care of it. He has to be at practice. He has to set an example. He knows that if he’s willing to do that, he’ll be a Sixer for life.”

A few days later, Iverson took to the podium at the Sixers practice facility and fired back, and that raw honesty and emotion Iverson is now famous for were never more brilliantly on display.