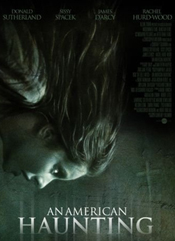 Word to everything, if these Hollywood studios don’t step they game up, these straight to DVD movies are going to become the equivalent to mixtapes. And we all know how record companies feel about mixtapes. It seems like these movie execs are trying to pull the Kansas City Shuffle on a brother! (Please see Lucky Number Sleven for K.C.S. explanation. Now that was a movie!)

This summer was supposed to be filled with blockbusters movies that consisted of mutants, supermen, pirates and snakes — but all we got was mediocre hogwash. With that being said, let me recap this past summer’s hits and sh*ts.

An American Haunting — The movie based on the only actual recording of someone who was killed by a ghost left much to be desired. The screenplay was boring, but the acting wasn’t that bad. The ending was so Disney that I just couldn’t stomach it. This movie had “straight to DVD” written all over it.

Mission: Impossible III — Cookoo Cruise deserves a bowl of Cocoa Puffs for his performance in this jumpoff. Not only were the action sequences something to dazzle the eye, but the dialogue was well thought-out and real funny at times. I still have a problem with Capote playing the main villain (We don’t believe you, you need more people…who ain’t from the village), but you can’t win them all.

The Da Vinci Code — This movie just couldn’t manifest the magic of the book onto the big screen. Not only was the casting a disaster, but…well, actually, that was probably the only problem. Aside from my man Ian McKellen, no one in that movie captured the character they were poised to play. Sorry Tommy boy. You my boy, but that with that wig you should’ve probably been cast in Too Wong Foo Thanks For Everything Julie Newmar 2. That’s just real talk. (French Girl can get it!)

X-Men: The Last Stand — Now, I’m a big comic book fan, so naturally I was let down by this final X-Men installment. The fight scenes were corny, my man Gambit was nowhere to be seen and the legendary Phoenix saga was done about as much justice as Rodney King was. Though the movie was entertaining, it was only an hour and 10 minutes. Please! (Halle Berry can get it with a hearing aid on!)

JUNE
The Omen — Rumor has it that this movie is in all actuality a premonition of the life and fate of TomKat’s baby. I don’t know if it’s true or not, but think about it. How come we haven’t seen him yet? Remember Rosemary’s Baby?? In any case, you’re better off seeing the original Omen. (Julia Styles coulda got it in Save The Last Dance, but not so much in this one.)

Nacho Libre — Not only should I be offended by a white man whose last name is Black making a movie about a Latino wrestler, but I should be furious at the fact that he’s talking with an good knock-off accent and is trying to bag a nun. (She was a cutie tho. I would’ve tried to woo her in-between her rosaries too (God forgive me)). This movie was funny, but that slap-stick s*** can only entertain for so long. (The nun coulda got it before and after confession!)

Superman Returns — This movie is one of the best comic book movies ever made. The script was great and the special effects impressed, but again, the casting was not up to par. Superman did not look like a man. He more resembled a boy who belongs in an Olsen Twins movie. Lois Lane needs to eat a tic-tac (I heard they pack a mean calorie) and get some meat on them bones. My man Kevin Spacey did kill it though. But my man Kumar didn’t have one line. He was probably cast just for racial purposes. Either way it was a great movie. (Lois Lane couldn’t get the scoop even if I was on X)

JULY
Pirates of the Caribbean: Dead Man’s Chest — Johnny, what happened, man?? You was the man in The Curse of The Black Pearl, but in this one you were like a boy lost in Michael Jackson’s house. Yes, the special effects and humor were great, but your soul just wasn’t there. I enjoyed the movie but I don’t think I’d pay $10 to sit there for that long agin. And am I the only person alive who’s just aching for him to star in a movie version of “21 Jump Street”? (Ms. Knightley can get it with them funky pirate boots on. Matter of fact, I think I’d prefer it that way)

A Scanner Darkly – The movie was rather lame and well, dull. The concept of a undercover cop who becomes addicted to a new drug has been done to death. Though the animation used on the actors was interesting, the movie said much ado about nothing. The most entertaining part of the movie was watching Robert Downey Jr. act like his sheisty, and snitching gender bending self. And Winona Ryder actually looked attractive animated. I’d date her just because she’s a klepto. You need a woman like that in your corner sometimes. (Winona can get it after she steals me some money)

My Super Ex-Girlfriend — My man Khalid was right, Uma’s a sexy beast! Well, more like a sexy praying mantis, but sexy none the less. This movie was definitely a surprise. It had me laughing like a madman watching Faces of Death, na’mean? Luke Wilson’s comedic abilities are entirely too underrated. The faces he made when Uma first gave him the nookie were priceless. And yes, I was turned on watching that scene. Eh, call me simple. (Uma can get it in the Mantis position…if that even exists)

Another Gay Movie – Haven’t seen it yet, but Sam tells me good things. (Ask Sam who can get it. I have not a clue)

Miami Vice — I still don’t understand why they ain’t let Jamie Foxx rock the perm that the original Rico used to rock. I saw Jamie Foxx’s story on VH1’s “Driven”. He used to really have that kind of hair. The audience needed that entertainment cause the only two action sequences of the film just wasn’t enough to make this movie pop off. And really, looking at The Colin adjust his wig every 2-5 minutes became distracting to me. And come on, this is Miami Vice, but there were like 2 good looking women in the whole flick, and one was Asian. Where’s my Cubanas at???

AUGUST
The Descent — Blood and gore!!! I love blood and gore!!! This is probably the best horror movie I’ve seen since The Ring. A gang of girls who go cave hunting end up running into a underground gang of humanoids who love to eat anything with a heartbeat — yeah, sounds like magic. The kind of magic that comes from overseas because Hollywood don’t have the cojones to get down and dirty like this. Very graphic killings and a sexy woman by the name of Juno made this movie a must see in my book. (Juno won’t just get it. She will get that and a engagement ring too!)

Talladega Nights: The Ballad of Ricky Bobby — Will Ferrell is the man. Playing a half-witted racecar driver who only knows how to win and only wants to go fast is just up this man’s alley. What I wouldn’t give for Will to play George Bush in the movie of G-Dub’s life. I mean sheeeeeee-it! If something was to ever happen to the Prezident, the government could throw a wig on Will and the American people wouldn’t be the wiser. Damn, isn’t that a shame?

Pulse — Again, back to my beef with Hollywood. Why would you take a wack Japanese movie and make it into a wack American flick? A movie about ghosts that come and take your will to live because you have a cell phone or a computer or just anything with a high frequency? Ooooh, I’m shook daddy. I will say, it was better than it’s predecessor, but that’s not saying anything. The Japanese version put me to sleep and this American version made me sleepy.

Snakes On A Plane — Sam “The Muthaf***** Man” Jackson vs. a plane filled with deadly and poisonous snakes…sounds like a recipe for disaster. But it wasn’t. This movie is guaranteed to be a cult classic. I laughed, I cried (because I was laughing so hard), was kept in suspense and the people who were victimized got it raw dog. It was great, man. There was even some good brief nudity. Guess where she got bit…bulls eye!!! (The stewardess (any of them) can get it as soon as the plane is a mile in the sky. Snakes and all.)

SEPTEMBER
Crank — So he got injected with a poison that’ll kill him once he stops moving. Like my man Ry Jones said, “So it’s like the movie Speed but with a man.” While I found the movie funny and entertaining, it really was over the top and extremely exaggerated. This movie will be an insult to anyone who lives his life strictly by the laws of physics. Just ask my man, Khalid. Man does he have a story to tell.