Own Your Own Basketball Team (and make it past the first game!) 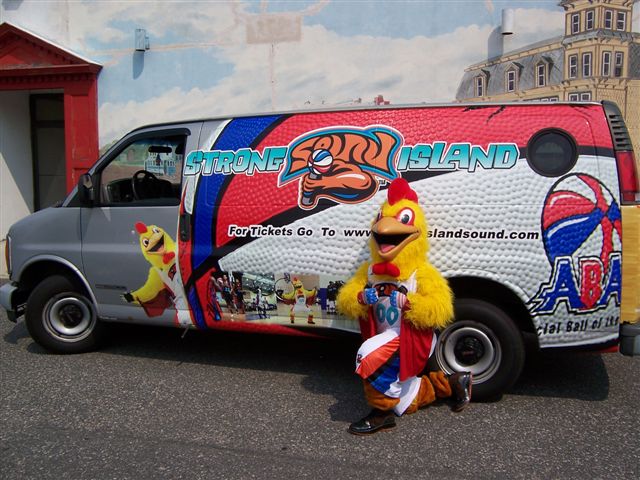 The ABA might be getting a bad rap. Ok, it’s true, that ABA teams fold faster than an express Laundromat and jump to other leagues like the CBA and, the yet-to-play, PBL at equally quick rates, but it hasn’t killed the league’s development. As teams come and go, some with nicknames God couldn’t like, a number of franchises have survived time’s test.

Considering SLAM readers have had their fair share of chuckles at the ABA’s expense, it’s only fit that we make an effort to support their league. With that in mind, SLAM asked Strong Island Sound owner and ABA C.F.O., Darren Cioffi, for some insight on staying afloat in minor league basketball.

“One of the things that we did wrong our first year was thinking “Ok, we’ve got a professional basketball team, people are just going to want come out and see us.” So we went ahead and just did our normal advertising and stuff. What we found was that it wasn’t until we actually got out into the community and went to the schools, Boys and Girls Clubs, the charity events and became a part of the community that we got people out to watch our games. We learned that lesson the hard way. There were some games where you could hear crickets in the gym during out first season, I’m won’t lie about that. There are a lot of people in basketball who want to come in and tell you how to do things the right way and people who say basketball is different than any other business, but it’s not. It is a business. If you treat it like a business and take the fun of the basketball game as secondary you’ll do fine.

My biggest piece of advice to someone wanting to become an owner is to get as much information about running a team before you even start. Anybody who wants to start their own team, be it professional or not, has to go and visit those people that have. You’d be surprised at how willing they are to sit down with you and tell you where the pitfalls are. We called up Frank Bolton, the owner of the Long Island Ducks (a popular Long Island, NY based minor league baseball team) and asked him if I could pick his brain. He actually spent the whole afternoon with us just showing us how the Ducks work, he showed us his budget and everything. Our players mingle with the court and what we get from the community is that’s what they like. They become fans of our guys because of that. Five years from now, I would like people to say that we are the Long Island Ducks of basketball. The Ducks have done a great job with everything that they’ve done; marketing, bringing people in, being involved in the community. We’re trying to emulate what they do. Even though we did that, there were still a lot of things we had to learn.

This year Turner Sports has signed on to Podcast the home games of fifteen teams in the ABA and the Sound are one of them. We’re now talking about expanding that to our road games through Turner as well. They’ve done a great job, providing us with all the equipment and everything. This is a real chance for us to connect with the community. Like at our home court, Suffolk Community College, they’ll benefit because we’re going to bring in interns who will get real life experience in broadcasting all of our home games. It’s a great improvement because during the first year we Podcasted all of our home games from one camera angle up in the stands and now we are going to have three cameras this year. It brings up the level of the whole league. Turner is a big name, and for them to want to work with the ABA is huge.

Being the owner of a professional basketball team is rewarding on a lot of different levels. It’s very cool to be able to say I’m the owner of a team and that these guys who play for me are all a part of the Strong Island Sound family. Anybody that has played organized sports knows that when you feel like you’re a part of something, it’s always a cool feeling. I mean, for me to be able to get a player into the chicken suite (costume of Sound mascot, Sheykan Bayke) because they know little kids love it, is a big victory for our team.”