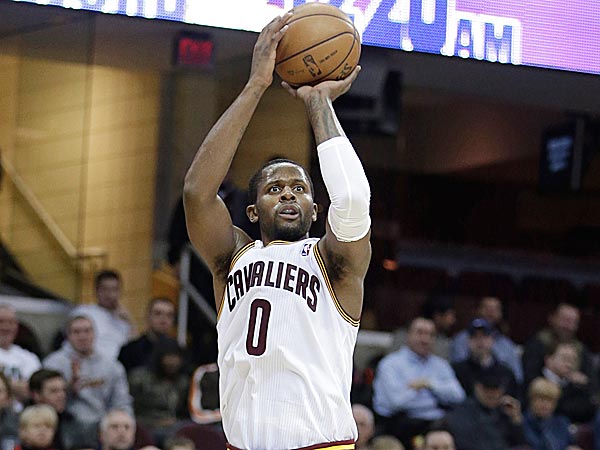 No wonder he’s so happy. Free agent swingman C.J. Miles is getting a nice pay bump this summer, reportedly agreeing to terms with the Indiana Pacers on a four-year, $18 million deal (Miles made $2.5 million last season with the Cleveland Cavaliers.) Per the Indy Star:

On Tuesday night, Miles flew into Indianapolis to have a dinner meeting with the Pacers President of Basketball Operations Larry Bird. After the dinner, Miles tweeted that it was “an unbelievable experience to sit down with one of the greatest players to ever play this game I love .. The legend himself.”

Miles, a 6-6 wing, has spent nine seasons in the NBA and averaged 8.9 points through his career. During the 2013-14 season, Miles played 51 games with the Cleveland Cavaliers while averaging 9.9 points and shooting a career-best 39 percent from the 3-point range. Though a severely sprained left ankle limited the 27-year-old Miles – he did not play in the final 14 games of the regular season – he has spent the offseason working out multiple times a day near his home in New York.