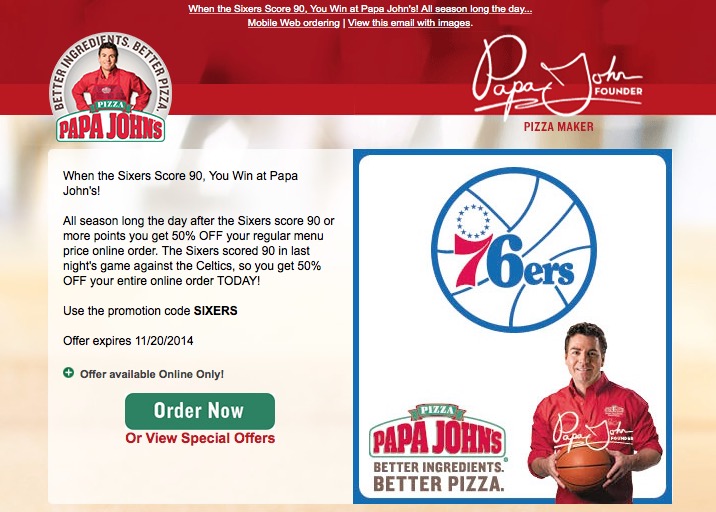 Last month, the Philadelphia Sixers and Papa John’s announced a fan promotion for a steep discount on pizza following each Sixers victory.

11 games into the season, the tank-fastic Sixers are winless, so their corporate partner was forced to alter the promo. This has to be a new low. According to Papa Johns, a Sixers “Win” = any time they score 90+ points. This is a change from the other teams, who have to score a certain number of points, goals, or runs AND actually win the game.