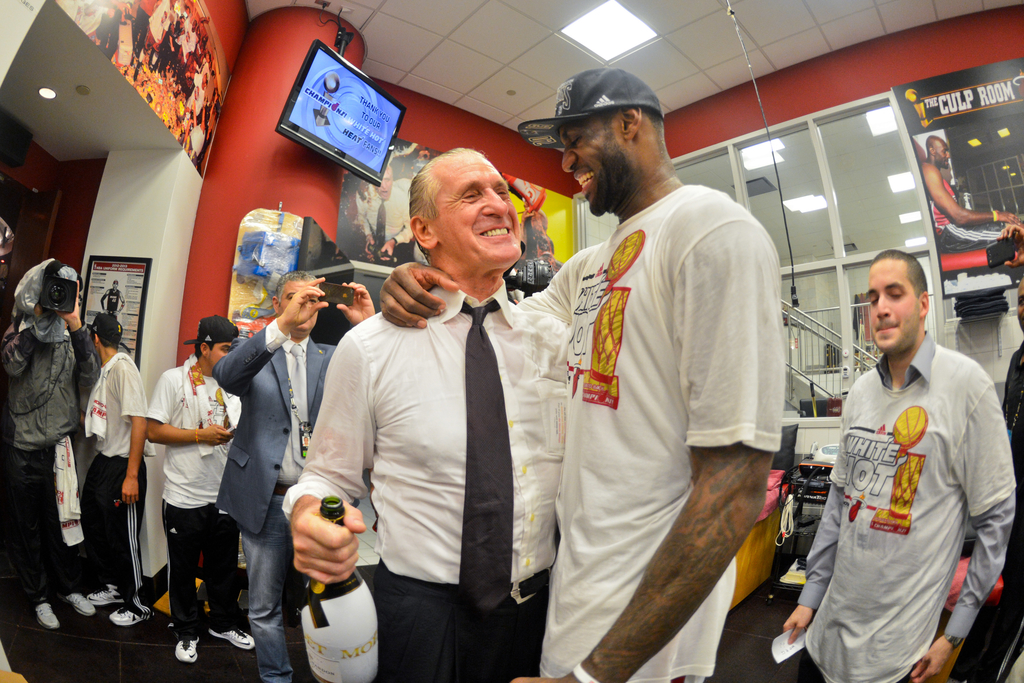 In July of 2014, LeBron James made the surprising decision to leave the Miami Heat and re-join the Cleveland Cavaliers, teaming up with Kyrie Irving and Kevin Love.

Though The King delivered two rings to South Beach, Heat president Pat Riley was angered by his departure, telling ESPN that “it was personal for me.”

Riley had been nervous about the prospect of LeBron resigning, but when he received the news, he still couldn’t fathom it:

The agent handed the phone to LeBron, who started by saying, “I want to thank you for four years …”

“I was silent,” Riley says. “I didn’t say anything. My mind began to just go. And it was over. I was very angry when LeBron left. It was personal for me. It just was. I had a very good friend who talked me off the ledge and kept me from going out there and saying something like Dan Gilbert. I’m glad I didn’t do it.”

The Heat have struggled overall without James, and have since lost Dwyane Wade to the Bulls and Chris Bosh to blood clots. They fell one game shy of a playoff berth this season.

Related
Pat Riley Says Resting Players Has ‘Become A Travesty’
Pat Riley: ‘When LeBron Left In 2014, We Should Have Given Max Deals to Dwyane Wade and Chris Bosh’