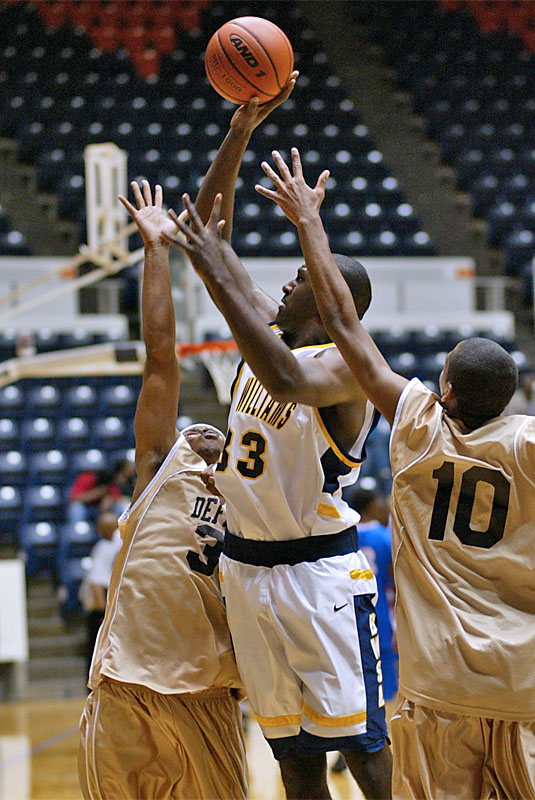 While he spends a week in NYC preparing for Saturday’s Jordan Classic, Patrick Patterson is sharing his thoughts with slamonline. Click on the Jordan Brand logo at the top left of the slamonline homepage to read Patrick’s diary from all week. Today is his last entry in advance of tomorrow night’s game at Madison Square Garden.

As told to Ben Osborne

So today, me, Kyle Singler and Gary Johnson got up and walked over to tape Cold Pizza. It went pretty well. They put make up on us and everything, but it was cool. Then we drove uptown to Rucker Park and shot around a bit. We played like four games of knockout and I didn’t win once. Donte won a game, and Eric Gordon, Derrick Rose and Chris Wright won the others. I’d never been to Rucker before. It was cool, real historic. I kind of thought they would’ve added extra seats on the side since it became so famous, but as it is it just has a very historic look.

After Rucker they took us over to Gauchos Gym to scrimmage. My team was up like 20 points in the first half, but the other team came back and tied it and the game ended in a tie. We didn’t want to let it end like that but they were like, save it for tomorrow. Tomorrow is the game. At the Garden. I’m definitely very excited for it.

So people want to know what it was like to play on the same team as OJ? Well, he is a dominant player. Made things a lot easier for me so I didn’t have to do everything. Despite all the publicity he got and the people talking about, ‘there’s not gonna’ be enough balls to go around,’ or ‘there’s gonna’ be a lot of ballhogging,’ it was never like that. I think he averaged about 25-28 points a game, plus 12 assists. So it was great to play with him.

As for the college choice, it’s not coming today or tomorrow at the game. I’m going to take this thing all the way ’til May and just enjoy the process. I’ve been talking to Jai [Lucas, another top unsigned senior in town for the game] and we’re both enjoying it. Thanks.