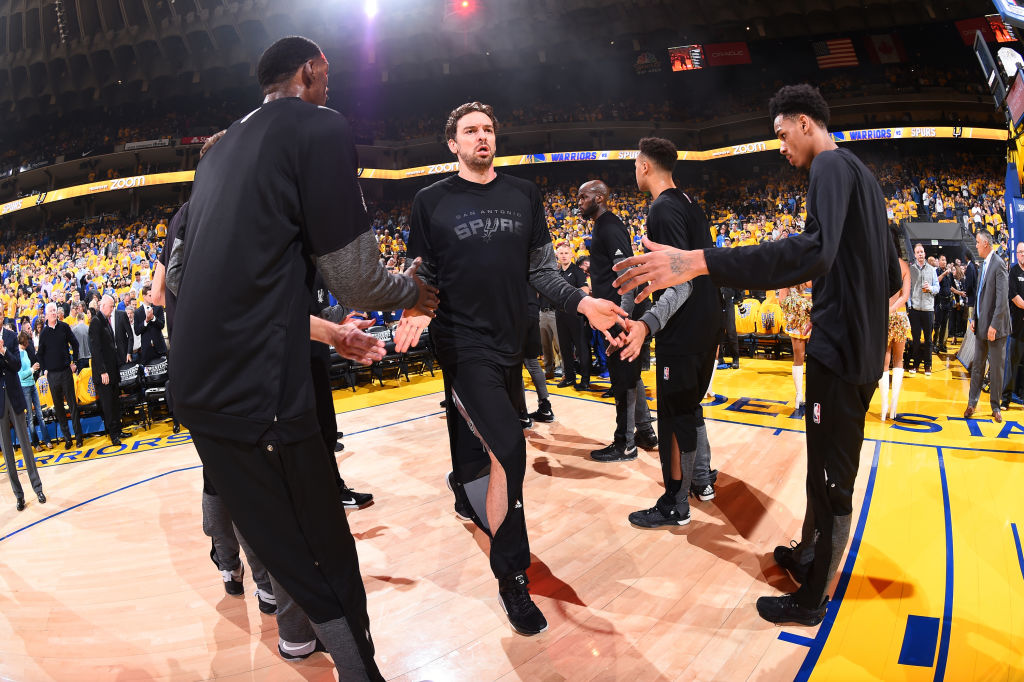 Free agent center Pau Gasol is returning to San Antonio, having agreed to a three-year, $48 million deal with the Spurs.

The deal includes a partial guarantee for the third year of the pact.

Gasol, 37, will be starting his 17th NBA season. The six-time All-Star has averaged 17.9 points and 9.4 rebounds for his career.

He declined a $16.2 million option for the 2017-18 season in June. That gave the Spurs salary-cap space to complete several other offseason initiatives, including signing free agents Rudy Gay, Brandon Paul and Joffrey Lauvergne. The Spurs are also finalizing a deal to re-sign Manu Ginobili for his 16th season with San Antonio.

Gasol signed a two-year deal with the Spurs a year ago and averaged 12.4 points and 7.8 rebounds a game.