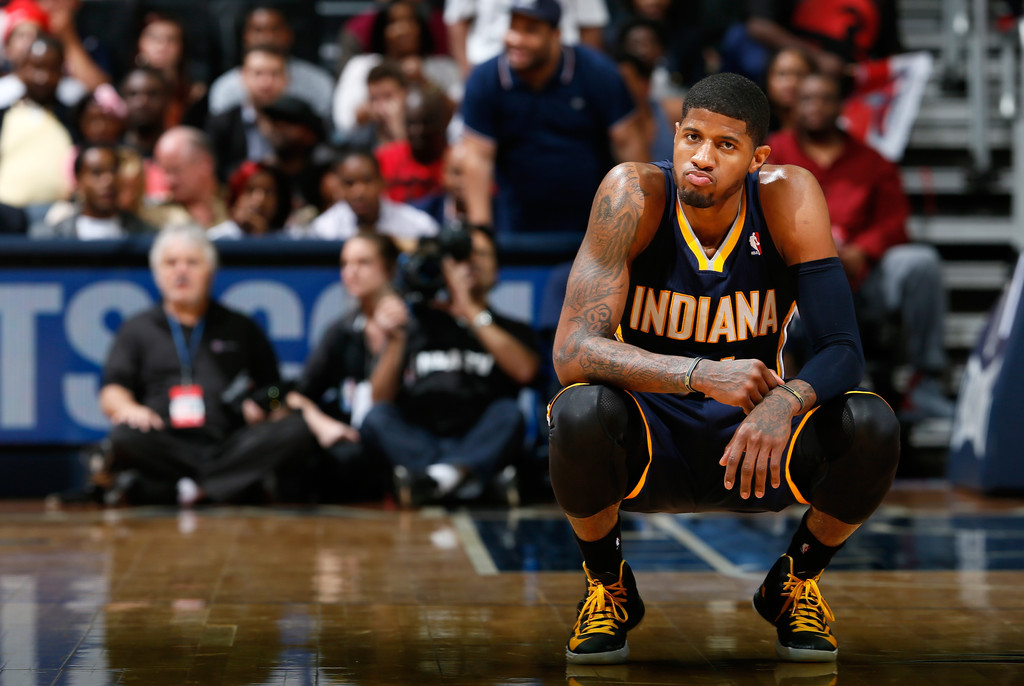 Indiana Pacers All-Star forward Paul George has been cleared by team doctors to put weight on his injured right leg and begin upper body work in the weight room.

Pacers head coach Frank Vogel says George — who’s expected to miss the entire season after snapping his leg during a U.S. national team scrimmage Aug.1 in Las Vegas — can provide a boost to his team from the bench this season.

“He’s down to one crutch or no crutches,” coach Frank Vogel said Thursday at the team’s annual golf outing near Indianapolis Motor Speedway. “For the past three or four weeks, he’s been doing core work, upper body work in the weight room, and they want him to put weight on it.”

Over the past several weeks, George’s workload has been ramping up. He could soon become more involved with his teammates — many of whom have been working out in Indianapolis before training camp opens Tuesday. Some have seen or spoken with George regularly. […] “He’s doing great,” said free-agent signee C.J. Miles, who will help fill the scoring void. “He’s in there every day lifting. It just shows his character and who he is, a guy who will do whatever he can to help his team win.”

“I’ve given him a clipboard to chart deflections and contested shots. We can’t just let him sit around,” Vogel said. “Any time you have an opportunity to observe the game or your team or your system, I think it helps you grow your understanding of everything.”