Paul George on Trade to OKC: ‘I Was Quite Surprised’ 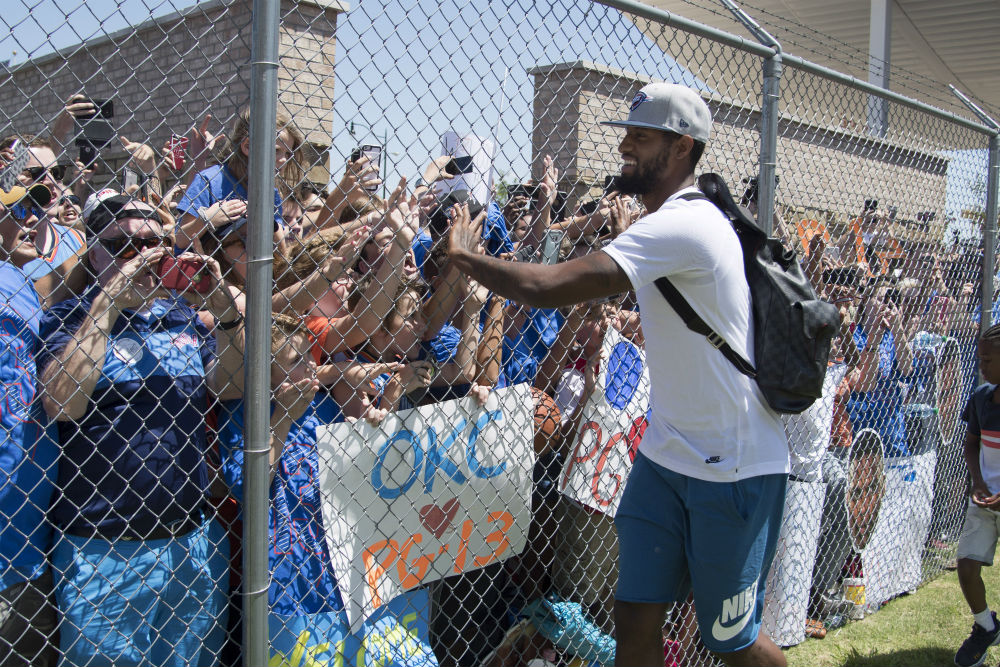 The Paul George trade came out of nowhere, sending Twitter into a frenzy just a few hours before free agency officially began on July 1.

Even PG was shocked by the deal, per Royce Young of ESPN:

‘It was surprising. This team wasn’t one of the teams that we had in mind,’ George said. ‘I thought I was going to four or five other teams that were pretty active in trade [talks]. When I found out it was OKC, I was quite surprised, but at the same time I was happy about the trade. I was thrilled, I was looking forward to it. All I wanted was a chance and an opportunity to play for something special and ultimately to try and win a championship, and right off the bat I think I can do that here playing alongside Russ [Russell Westbrook].’

George went on to address the widespread speculation that he will leave the Thunder for the Lakers next summer:

‘At the end of the day, all I want out of this is a chance. A chance every year to compete,’ he said. ‘That’s where it stemmed from, of being linked to wanting to go home. Like I’ve been saying, I could come here and love it, as I have been loving it here, so if that’s what, at the end of the day — I know Russ and I are up at the same time — if we love where we’re at and we feel we can do something special here, I’m open to it. I’m open to it. But that’ll be something we address at the end of the season.’

I guess we’ll have to wait and see.