Paul Millsap Doesn’t Want a Trade from the Hawks 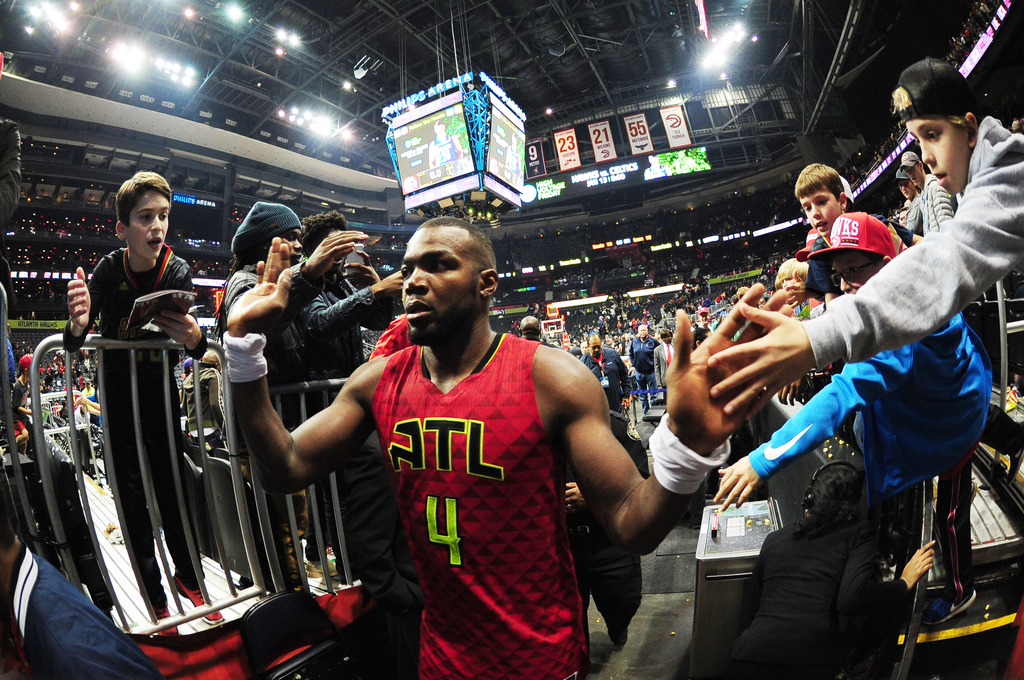 Update (January 9, 2017): According to a report from Woj, Millsap is “no longer on the trade market.” The Nuggets, Kings and Lakers had all reportedly expressed interest in Millsap’s services.

Atlanta general manager Wes Wilcox started informing teams Monday afternoon that the Hawks were no longer working to unload Millsap, sources said. Millsap can be a free agent this summer, and multiple teams – including Denver, Sacramento and the Los Angeles Lakers – had an interest in making a deal for him, sources said.

Original Story: The Hawks are said to be exploring trade options for both Paul Millsap and Kyle Korver; the former says he’d like to remain in Atlanta, while the latter takes a philosophical approach to the rumors.

Millsap on trade talk: “Everybody knows where my heart is and where I want to be.”
Me: And that’s here?
Millsap: “That would be here, yes.”

Korver: “The NBA is a great job. A GREAT job. I wouldn’t have any other job. But living stability is not one of the strengths of this job.”

Atlanta (18-16) has been inconsistent out of the gates, despite a major roster shakeup last summer.

“Rumors are rumors,” Millsap said Tuesday before the Hawks departed for a four-game road trip. “I think we know that. Been down this road before. I think we talked at the beginning of the year that it wasn’t going to be the first or the last time. It is what it is. Whatever happens, I think everybody knows where my heart is and where I want to be. But we’ll see what happens. The only thing I can worry about and I can do is to go out there and play my butt off every night and try to get wins for this team.”

“I’m human,” Millsap said. “You don’t want to hear things like that. With that being said, I’m also a professional. I’ve been around the league for a while. I know the business of the league. Some stuff, like my mom said, you let it roll off your back like water on a duck’s back. You keep moving on.”