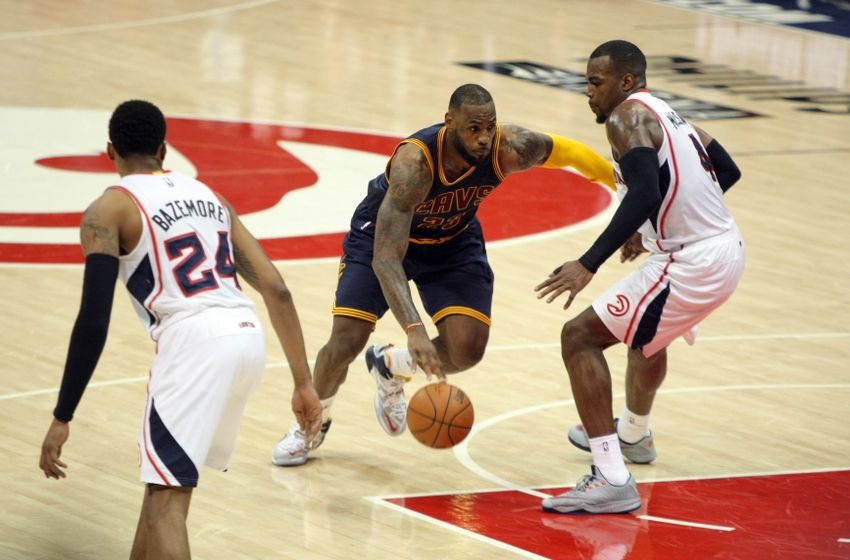 The Atlanta Hawks are facing a virtual must-win Game 2 Friday night, and there’s no telling if Demarre Carroll will be able to suit up (let alone be effective with a left knee sprain.)

The job to slow down LeBron James is likely to fall to Paul Millsap, and he says that he’s up to the challenge.

James, while occasionally being checked by Millsap in Game 1, scored a game-high 31 points in the Eastern Conference Finals series-opening 97-89 win for the Cleveland Cavaliers.

With (Thabo) Sefolosha out for the year and Carroll’s status for Game 2 murky at best, Atlanta coach is weighing a number of options to defend LeBron James that include sliding power forward Paul Millsap onto him. […] “We’ll look at everything between now and tomorrow,” Hawks coach Mike Budenholzer said Thursday. “I think any time you have to match up anybody with the top players in our league it’s a challenge, but Paul is up to that challenge and we’ll figure out what gives us our best chance, best opportunity. And part of it is who else is on the floor for Cleveland.”

James scored 31 points in the Cavs’ 97-89 win on Wednesday, but he struggled when the 6-8 Millsap guarded him after Carroll’s injury. […] James, who was stuck in a rut of pounding the ball in isolation before taking a shot late in the shot clock, missed his first five shots against Millsap.

If Carroll can’t play Friday (he’s listed as questionable) or isn’t effective, Millsap said “I wouldn’t mind” guarding James for longer stretches Friday, but “we’ve got to be smart about it. […] “If they’ve got (Timofey) Mozgov and Tristan Thompson in the game, more than likely not,” Millsap said. “Probably need to put a body on Tristan Thompson. Maybe if they go to a smaller lineup. Without our two best wing defenders, it will be tough.”