Paul Pierce: Jayson Tatum ‘Looks Like a Mature Version of My Game’ 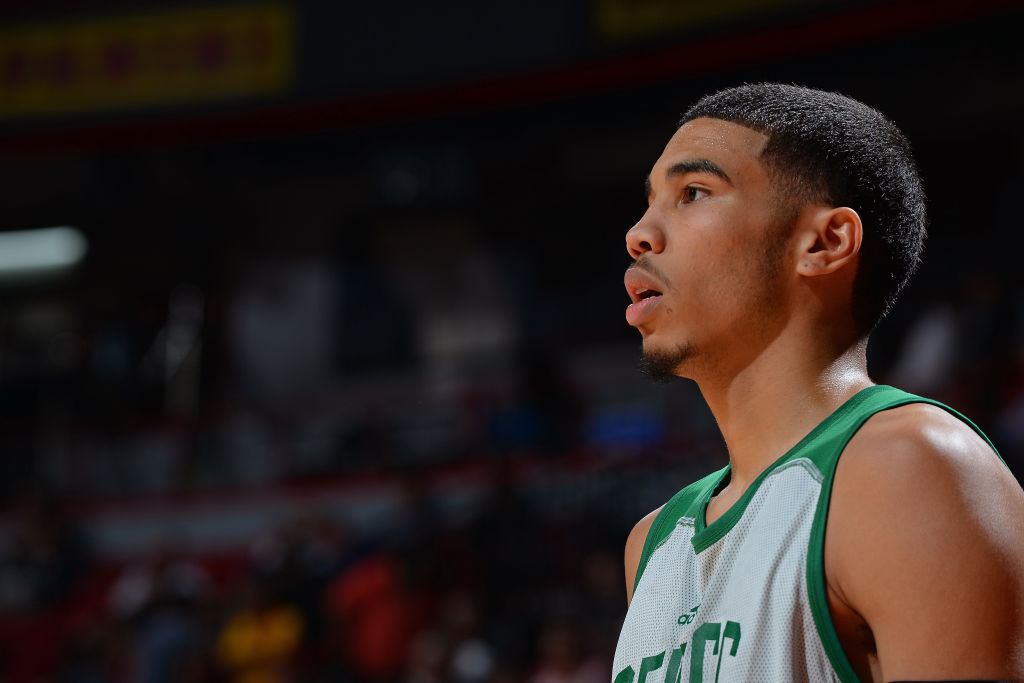 When Paul Pierce looks at rookie Jayson Tatum‘s game, he sees a lot himself in it, and says Tatum plays much in the same way Pierce did when he became a more refined offensive force.

Paul Pierce on Jayson Tatum: 'He looks like an older version of me' – #Celtics @ASherrodblakely https://t.co/N2dsjhjocS

Pierce says the “sky is the limit” for the 19-year-old.

The Boston Celtics selected Tatum with third pick in this summer’s NBA Draft.

“He looks like an older version of me, when I started doing the step-back and stuff,” Pierce said.

“When I’m watching him, he looks like a mature version of my game, like sixth, seventh, eighth year. He sees the defense. He knows what’s going to happen before it happens. He understands his position, footwork, his step-back (jumper) is there. His offensive repertoire seems complete. The sky is the limit for that kid.”

But having spent nearly two decades in the NBA, Pierce has seen his share of young talented players come and go, many with similar if not more potential in terms of talent as Tatum.

“The thing I see, what makes the guy special, there’s a lot of talent in the league. There’s no question about it,” Pierce said. “Your mentality, your drive, how great you want to be, that’s what separates the good from the great ones. You look at guys from the past, like Kobe (Bryant’s) determination, his competitive spirit. You see guys that were just as talented, they didn’t have the same competitive spirit so they could not reach the levels of other greats.

Pierce added, “that’s the biggest thing, the mentality, having a competitive spirit because there’s so much talent, and it’s about how hard you work and the mentality you bring every single night.”