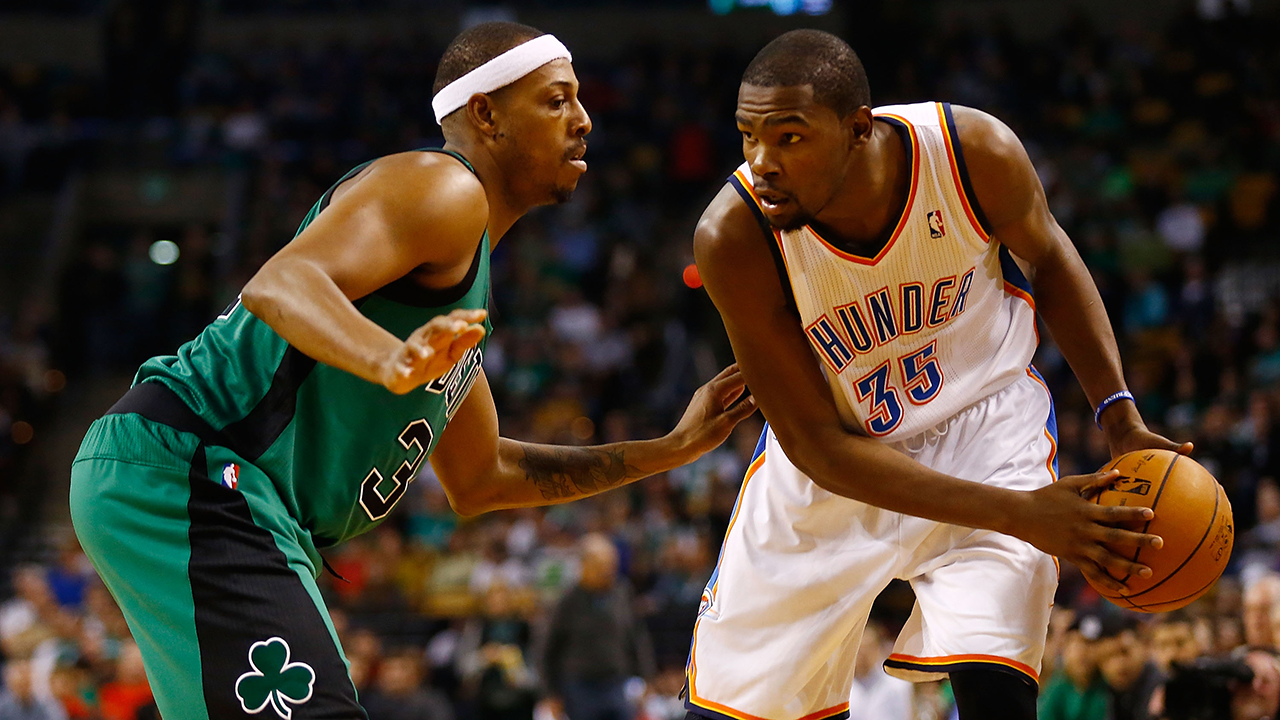 After Kevin Durant turned in yet another scintillating performance during Game 2 of the NBA Finals, Paul Pierce claimed that Durant “may be the best player in the world today.”

Durant has been the best player in the Finals so far, and KD’s performance on Sunday had Pierce ready to anoint him as the NBA’s alpha dog. Starting at 0:32:

“He’s 7 feet. He can shoot the three-pointer. He can drive to the basket, dunk on you. Pull up in the mid-range. He just has so much in the arsenal.

“He may be the best player in the world today.”

Durant scored 33 points (on 13-22 shooting) and became just the second player to record at least 30 points, 10 rebounds, 5 assists and 5 blocks in a Finals game.