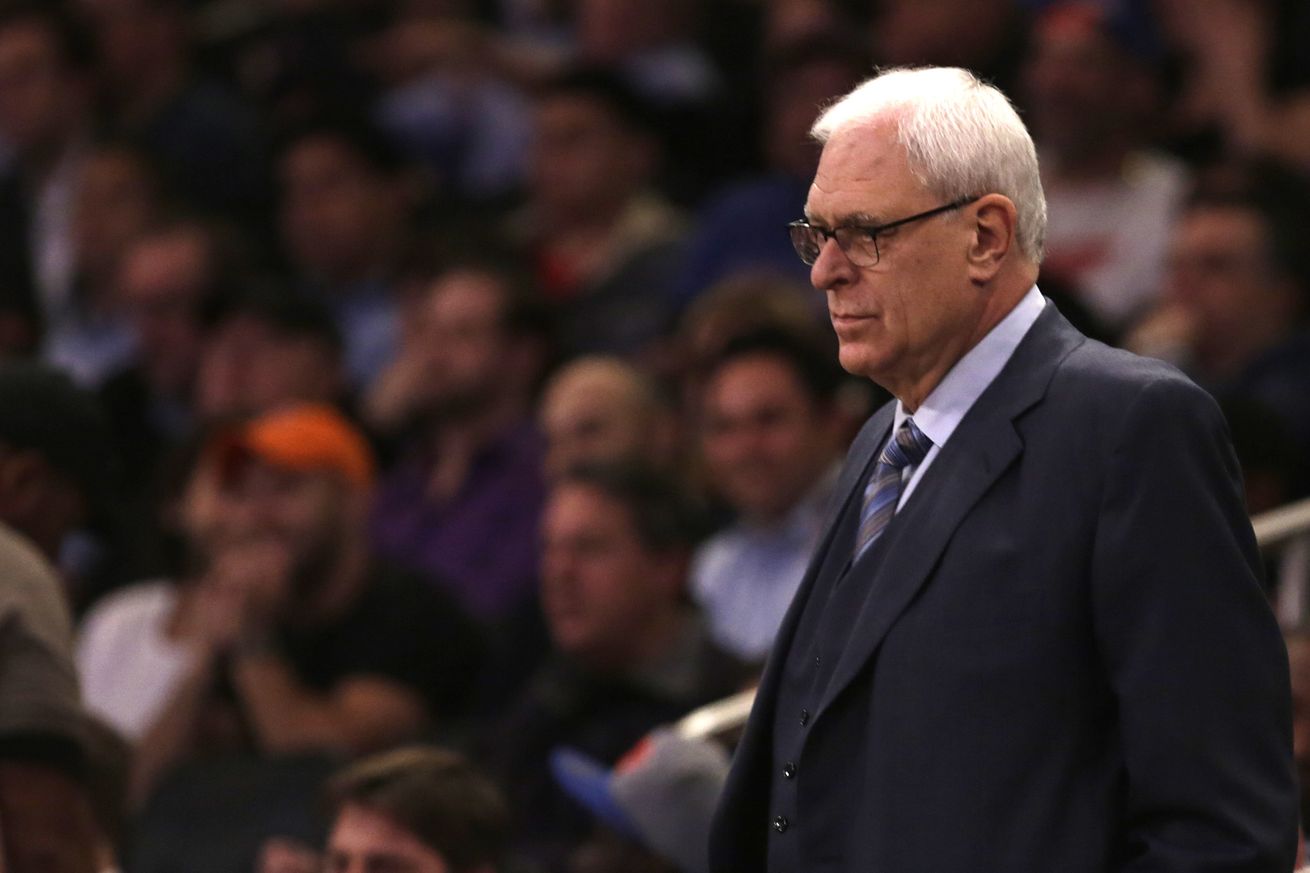 New York Knicks team president Phil Jackson appears to have given up on the dream of bringing his beloved Triangle back into the NBA.

The Zen Master claims that current players lack the ability to master the intricate offense.

Jackson’s comments were published today, but he uttered them last year prior to firing head coach Derek Fisher.

Okay. Let’s turn to the Knicks. There’s been a lot of criticism in the media about how ineffectively the team is running the triangle. Why is this so?

PJ: “Today’s players simply lack the skills to play the triangle. They know how to play one-on-one, catch-and-shoot, and they’ve mastered crossover dribbles, spins, playing off of screens and step-back shots. They don’t know how to execute things like inside-reverse pivots and other basic footwork. They have no sense of timing or organization. They don’t really know how to play five-on-five basketball. It’s strictly generational.

“That’s why Fish {Derek Fisher} wants to uptempo the offense. And why he spends a half-hour before practice doing lots of skills work.”