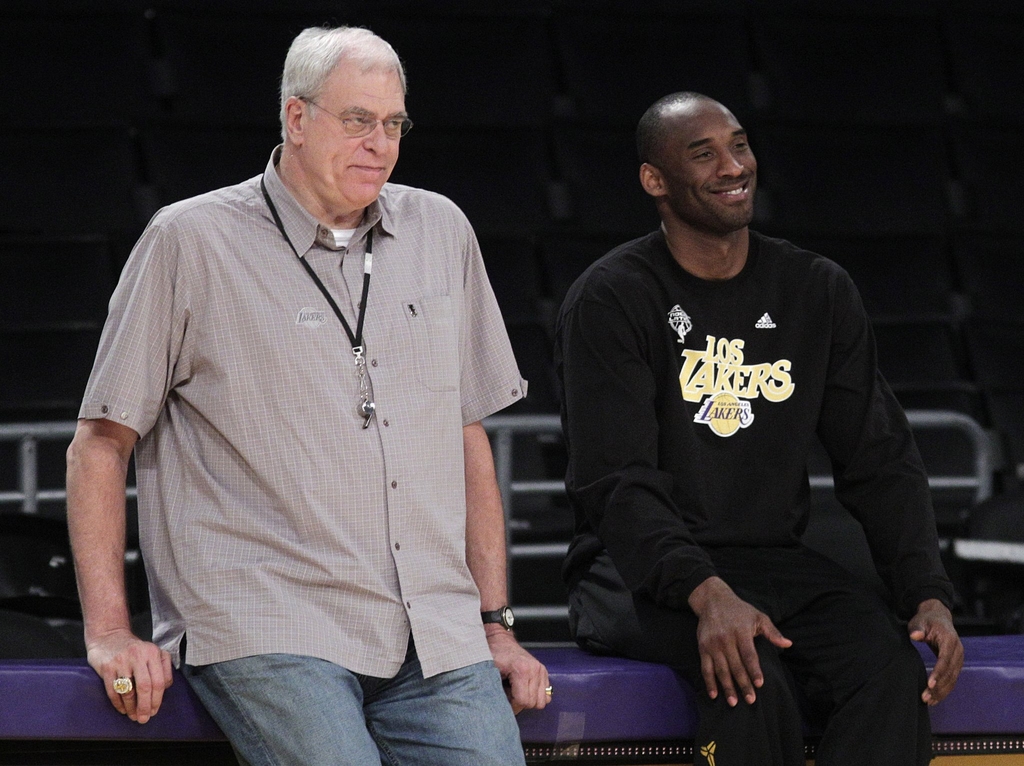 Kobe Bryant has yet to announce if this will be his final season in the NBA, leaving the rest of us to speculate on The Black Mamba’s future.

One important voice chimed in Friday—Knicks president Phil Jackson seems pretty sure that the Los Angeles Lakers legend will play beyond his 20th year, but that it might be in a different uniform.

Phil: "I think [Kobe] is going to be better than ppl think." He says he assumes there will offers on the table 4 him to continue his career.

A Bryant-Jackson reunion in New York in 2016-17 is too crazy a scenario to come true, right? Right?!

Jackson, who coached Bryant to five NBA championships with the Lakers, is now the Knicks’ president of basketball operations. He said he sent Bryant a message last month for his 37th birthday.

Bryant is the NBA’s No. 3 career scorer, and there would likely be interest if he wants to play on — perhaps even from the Knicks. Jackson is rebuilding a club that went 17-65 last season and could use scoring help beyond Carmelo Anthony. […] “With Kobe, he’s had two seasons aborted because of injuries,” Jackson said. “I think he’s going to be really better than people think, and I think there will still be a future for him as he goes through this season and into next year, where people will ask, ‘Do you still want to play basketball?’ So we’ll see how it goes.”

Related
Carmelo Anthony: ‘I Would Always Like to Play With Kobe’