Phil Jackson Says the Knicks Can Make the Playoffs Next Season 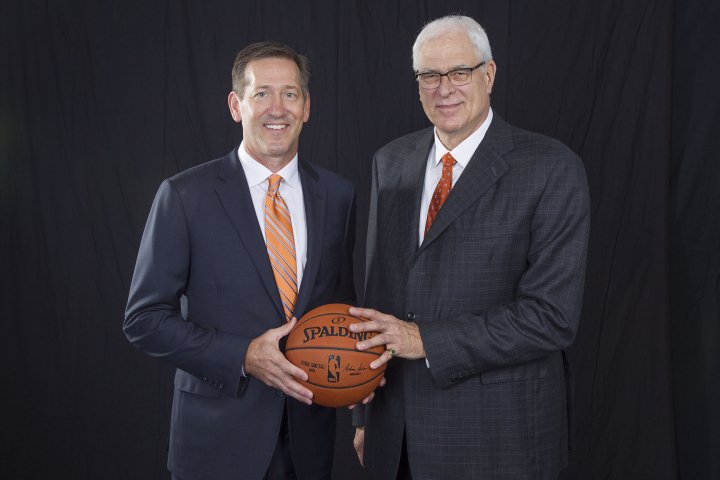 Not only that, but Jackson says the Knicks can be a contender in the Eastern Conference.

Jackson surprised everyone by hiring Jeff Hornacek as his new head coach, and finally concedes that the Triangle Offense must “adapt” to the proliferation of three-point shooting in today’s NBA.

Jackson offered his bullish stance on the Knicks’ playoff chances in an interview with WNBC-TV. He was asked by the interviewer if he believed the Knicks could make the postseason and “maybe go even further.” […] “Why not?” Jackson said. “I don’t know what’s so great about what’s out here in the East. We can fill that role.”

Jackson was asked in the interview with WNBC-TV if he thought it was “realistic” to think the Knicks could make the postseason in 2016-17. […] “I think so. I think we’re getting experience. Kristaps [Porzingis] is still a young player; he may need another year of experience,” Jackson said. “But we have some experienced guys who can play.”

Jackson also said Monday that the spacing in the Knicks’ triangle offense needed to be tweaked to adjust to the prevalence of the 3-point shot in today’s NBA. […] “The 3-point line has become our affection, because it means more when we make a 3-point shot. So the spacing has changed dramatically,” Jackson said. “So the triangle can still be a part of that, but it has to adapt.”