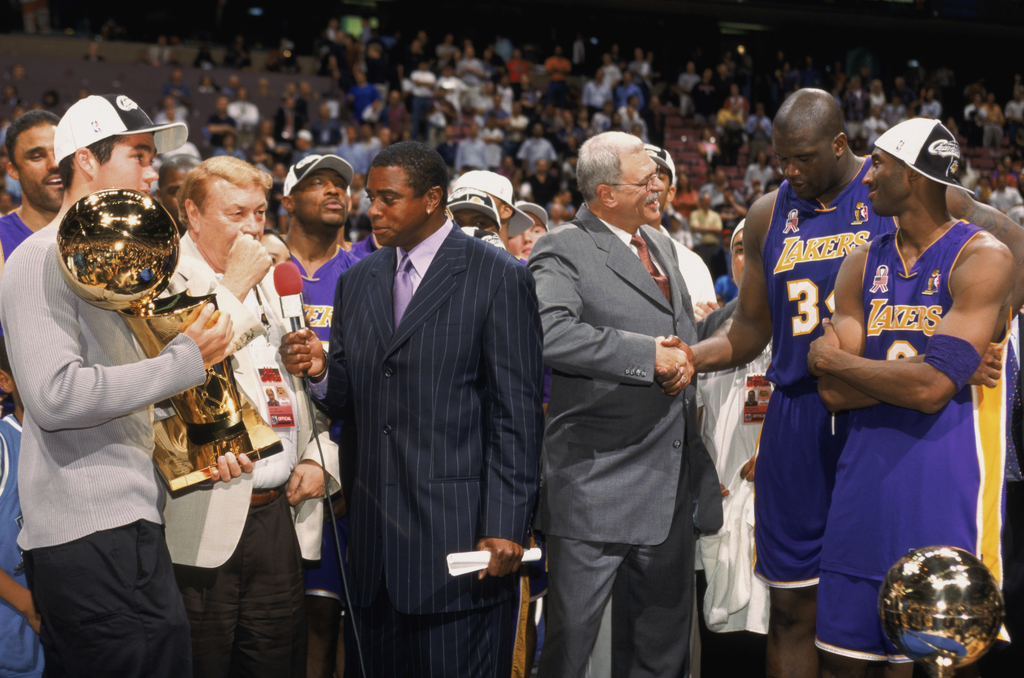 Phil Jackson can’t seem to get any kind of buy-in for his beloved Triangle Offense from the team he currently presides over, but there’s no denying that he found tremendous success with it in both Chicago and Los Angeles.

The Zen Master was a guest on Shaquille O’Neal’s podcast, and argued that the offense is what allowed Shaq and teammate Kobe Bryant to coexist and thrive.

Once every Laker bought into it, the squad rolled to three consecutive NBA titles before clashing egos ended their historic run.

“By having an offense that was focused on really putting the ball in the middle of the center and having that triangle system in place, that gave the whole emphasis to the team to put the ball inside and we can dominate at this particular position,” Jackson said on “The Big Podcast with Shaq” for an episode released on Monday. “As the game goes on, whether it’s situations presenting itself or Shaq is out of the game, Kobe had an opportunity to do things that are important to his game and find a way to contribute.”

“(Kobe) was concerned about averaging points and where my points were going to come from,” Jackson said. “But he found a way to do that inside of what we were trying to do as a team. There was a little struggle in there at times with that. But the two of them when the game was on the line, they were tremendous together.”

Though O’Neal then suggested Jackson exacerbated the tension between him and Bryant, the former Lakers’ center offered different sentiments on his podcast. […] “Phil is my guy. Everybody knows how I feel about Phil,” O’Neal said. “He’s the guy that took me to that next level. Then I got traded away and still was able to win one more because of the philosophy that I learned from Phil.”