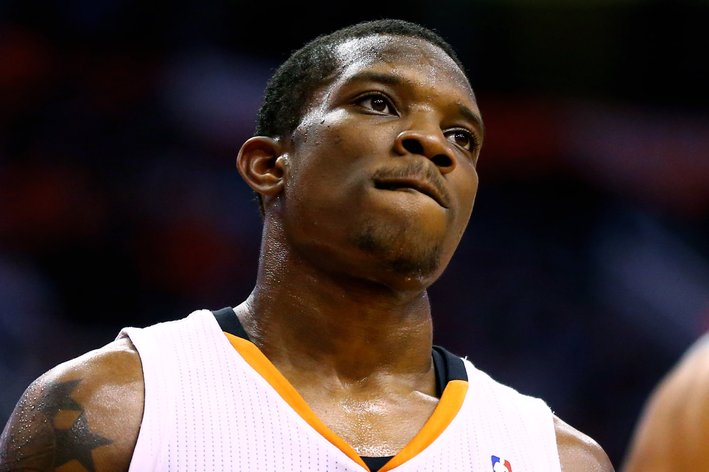 Restricted free agent guard Eric Bledsoe hasn’t been able to get his way (nor his money) this summer. The Phoenix Suns insist that a deal can still be worked out, but the relationship appears to be broken at the moment.

According to Phoenix sportscaster Jude LaCava, Bledsoe is now on the trading block. Per Suns blog Bright Side Of The Sun (via Fox Sports 910):

“I’ll tell you this, and I think this is the first time it’s reported,” LaCava said on Tuesday. “I do believe in my NBA sources. You can take this to the bank, so to speak, the Suns are now discussing trade possibilities for Eric Bledsoe. … That’s the new chapter to this and I wouldn’t back off of that information. I think it’s 100% correct.”

“I think it’s safe to say ‘open for business’,” LaCava said. “The decision makers, [managing partner Robert] Sarver and [PBO Lon] Babby and hopefully [GM] Ryan McDonough, they are open to that possibility. It’s got to be right. It’s got to be the right return in what they are looking for. It’s to the point that if they can accommodate Bledsoe and get something they want in return, trade possibilities are very, very real and they have been discussed.”

“That’s where the relationship went south in the early weeks last year,” LaCava said. “The guys at the top made a decision that we’re not going to extend you right away, we want to see you play first. And I think that was a bit of an affront, at least from Eric Bledsoe’s perspective. And I don’t think it ever recovered after that.”