Poll: LeBron James is the Most Popular Male Athlete in America 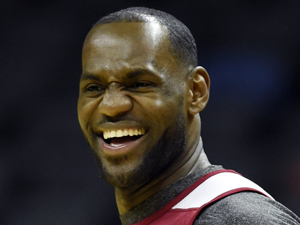 The perfectly-executed, feel-good return to Cleveland story has once again endeared LeBron James to the average American sports fan. In a Harris Poll of a few thousand people, LeBron was found to be the most popular male athlete in the land. Per ESPN:

James, whose highest ranking was No. 2 last season, topped retired Chicago Bulls star and Charlotte Hornets owner Michael Jordan, who had the distinction of being No. 1 from 1993 through 2005.

James was most popular among the 18-36 and 49-67 age demographics, while the poll reflected that Generatrion Xers (37-48) preferred Jordan.