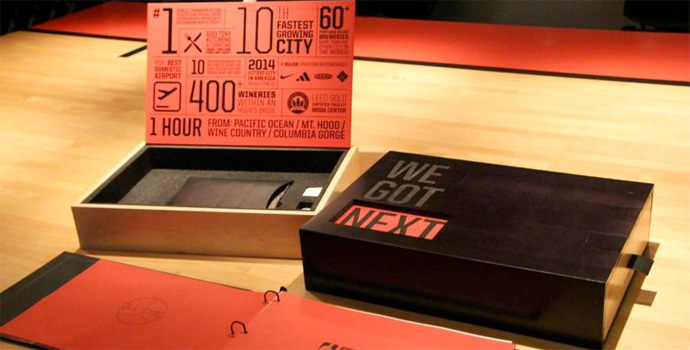 The Charlotte Hornets have some competition for the hosting of the 2017 and 2018 NBA All-Star Weekend. The Portland Trail Blazers have also put in a bid. From the team website:

“For our fan base, it’s long overdue, particularly in one of the few cities that has yet to actually host an NBA All-Star game,” said Chris Oxley, General Manger of the Rose Quarter. “This, quite frankly, could be the single-most significant sporting event or event in general that the city has every had the ability to host. I think that’s very meaningful in terms of Portland taking it to the next level as a host of future major events.”

The theme of the bid, which was submitted to the NBA on Wednesday and entitled “We Got Next,” promotes Portland as the 10th fastest growing city in the United States while noting major sportswear companies like Nike, adidas and Columbia are based in the area. The materials also call out Portland’s proximity to the Pacific Ocean, Mt. Hood and the Columbia Gorge while noting over 400 wineries and 60 breweries are all within an hour’s drive.

“True to being from Portland,” said Oxley, “the bid is very unique, very creative and I think different that what other cities would put together.”