Primates get money, Sonics get nothing 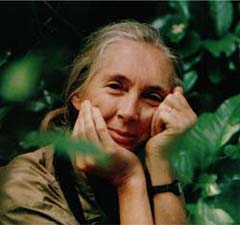 Well, well, well. Look who’s hosting the “Reason for Hope” benefit. It’s embattled team owner (love that phrase) Howard “The Starbucks don’t stop here” Schultz. And no Sonics fans, that hope is not that he’s trying to rally the city of Seattle to keep its NBA team. This is a fundraiser for legendary ape expert Jane Goodall’s foundation.

Howard will be hosting the benefit on August 12th at his home in the Hamptons. I don’t think he has any “Save the Sonics” fundraisers planned, which means that he cares more about primates than Seattle’s basketball fanbase. Expected guests include Candice Bergen and Sarah McLachlan. (Wow! I might have to crash this party! Did Melissa Etheridge lose her invite in the mail?) No word on Ray Allen yet.

To be fair, I was at the Philly zoo last weekend and spent some time in the primate section. Monkeys, chimps, orangutangs, and gorillas are awesome. Philanthropy and conservation are more important on a grand scale, than NBA basketball. I’m just pointing this out to the angry Seattle fanbase. The King of Starbucks has a lot going on besides just owning an NBA team. If he wanted to stay in Seattle, he could stay.