Between now and the Final Four, Erin Sharoni of Showtime’s “Jim Rome on Showtime” will be interviewing a handful of NCAA greats exclusively here at SLAM. Each player is featured on Thuzio, an online marketplace to connect the public with professional athletes for appearances, coaching, speaking and unique fan experiences. This week, with the Bruins dancing this month with a #6 seed, Erin talks with one of UCLA’s all-time greats, a 2x NCAA champion who went on to be a 5x NBA All-Star with the Lakers, Gail Goodrich.

SLAM: You played for the legendary Coach Wooden, arguably the greatest coach in college basketball history. What was that like?

Gail Goodrich: I was very fortunate to play for Coach Wooden and yes, I’d agree that he’s the greatest coach of all time in college basketball. When I went to UCLA, I was 17 years old and it was one of two scholarships I had received. Coach had seen me play when I was a junior in high school, at 5-8 and 160 pounds, and he saw something in me, so he gave me an opportunity. Playing for Coach Wooden taught us life lessons. Lessons that we could certainly take from our college basketball experience into the real world, later on. While I didn’t really realize that at the time, I certainly have come to realize it over the years.

SLAM: What made Wooden such a great coach?

GG: He was a great coach from a basketball perspective in that he was a fundamentalist. He taught us the game the right way and taught us how to play together as a team. He was also a great communicator. In fact, people have asked me a lot about what made him such a great coach. Yes, he knew the Xs and Os, but he was able to communicate and really get the most out of his players, in terms of their potential.

SLAM: What is your favorite college basketball memory?

GG: Without a doubt, winning a National Championship. I was fortunate enough to be on a team that did that twice, once in 1964 when we were undefeated at 30-0, and again in 1965 when we beat Michigan in the Finals; that was a game in which I had scored a lot of points. But the real happiness came with winning the Championship—that’s what really mattered. When you start the season you have some goals, and for most players the goal is to win the Championship. At the end of the day, there’s only one team that can do that. We did that in two of the three years that I played at UCLA.

SLAM: As a two-time NCAA Champion, what message would you give to the players in this year’s tournament?

GG: When you play the game of basketball, you play with passion and you play to have fun. You certainly want to compete but at the end of the day, what I learned from Coach Wooden is that you have to look yourself in the mirror and say, “I did the very very best that I could.” Coach Wooden never talked about winning. I think that that’s what you have to do; play hard and as well as you can, and hopefully come out a winner in the end. The one thing that I do remember that Coach Wooden said in the locker room before our final game against Duke—and this was pretty much his pregame talk—was, “How many of you remember who finished second last year?” No one raised their hand. He said, “They don’t remember who finishes second. Now go out there and play.” That’s pretty much it. His speeches were not big, rah-rah speeches. He basically taught us to give 100 percent and at the end of the day be able to look into the mirror and feel your best, and you’d be successful.

SLAM: How is college basketball different today from when you played?

GG: I think the game has become more of a coach’s game. The coaches are very much into control. You see them on the sidelines; they go up and down the court and they call every play. So it restricts the players from the player’s perspective, a little bit, regarding their ability to be flexible. The players are so controlled and every play is called from the sidelines that there is no ability left to adjust from the players’ standpoint, in a lot of ways. Coach Wooden always remembered that it was a player’s game. I’m not sure that the coaches today understand that. They’re producing great players—and players are now bigger, faster, stronger all around, but I see in a lot of these college games that the coaches just seem to want to control the game more and more, instead of letting the kids play.

SLAM: Do you still get excited for March Madness?

GG: No question. It’s probably the greatest tournament there is. What’s great about it is that there are always upsets, it’s very exciting, and it’s a great college atmosphere. It’s just a great tournament. I also think I’ll do very well in my bracket this year. This year’s tournament, for instance—I’ve watched a lot of conferences and I think that there’s probably ten teams that really have a great shot at winning this.

SLAM: Well, since you brought it up, who do you have in the Final Four this year?

GG: [Laughs] I like a lot of teams. I like Indiana. I think Michigan is better than they’re playing right now; they’ve got some great individual players on the team. Georgetown has gotten better and better as the season has gone on. Duke, of course will be there. I happen to like Miami also. Kansas is a good team; went through a stretch where they didn’t play very well. Gonzaga, definitely; I really like that team and they’re going to be trouble for a lot of people. Wisconsin will cause problems for somebody, they always do; they’re really well coached. Ohio State’s good, I don’t know that they’re at that level. Louisville, if they get hot, they play great defense and they will be tough. I’ll tell you this: The winning team will have to shoot free throws. Always, the teams that win will have to make their free throws.

SLAM: Your number was retired by both of your alma maters, the Lakers and UCLA. What does that mean to you?

GG: I’m obviously very grateful and proud at the same time. In my career I’ve been fortunate enough to play with really great players, and we were always a team, at every level—high school, college and professional. I think my legacy is that, whatever team I was on, we won. That’s what I’d like to be remembered by.

SLAM: Who was your favorite athlete growing up, and what’s your dream fan experience?

GG: I grew up playing all sports and being a real sports fan. I played a lot of baseball—more than basketball, actually—and even played in college. I was a Dodgers fan and one of my favorite players was Duke Snider; I watched him play in the World Series. One day I was was playing professional basketball and I was with the team in San Diego, waiting to catch a flight. Sitting there was Duke Snider. He walked up to me and said, “I just wanted to meet you, I’m a big fan of yours.” And I think my jaw just dropped; he was my hero. We got on the plane, sat next to each other and talked for the whole flight. It was just delightful—to talk about his sport, his career, and at the same time, to talk about me. We had a terrific conversation. Years later, I was at a charity golf outing in Connecticut that Duke was supposed to appear at. I was already out on the course and Duke got there late, but he got on a golf cart to be brought out to me so that we could meet again. It was a great experience and something that I treasure—here he was, my hero, and he comes up to me and tells me I’m his. 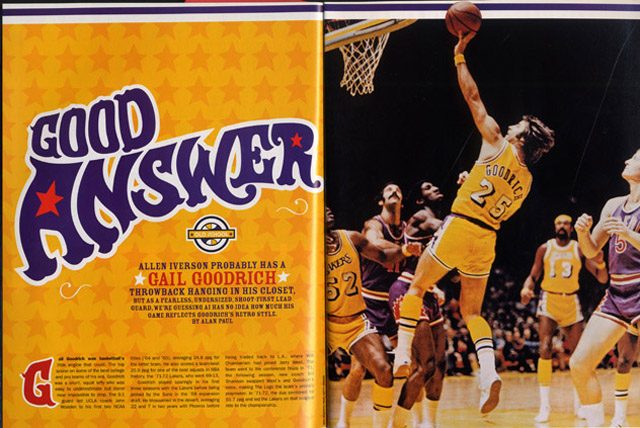