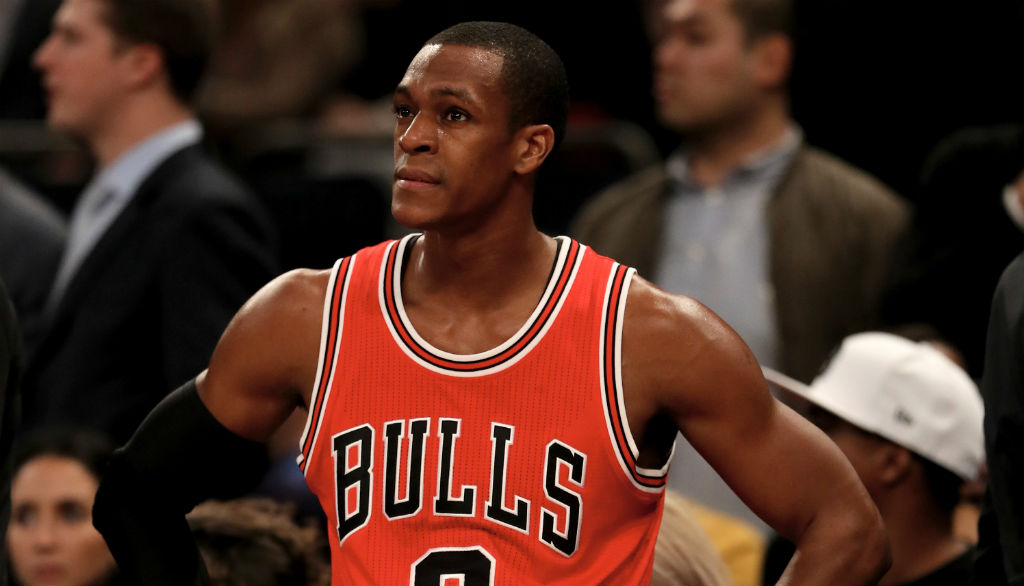 A day after Jimmy Butler and Dwyane Wade ripped their teammates in front of the media, Rajon Rondo took to Instagram to stand up for his young guys.

“If anything is questionable, it’s the leadership,” Rondo says,” he said in the post.

Butler and Wade questioned their team’s desire to win, competitiveness and effort. Rondo’s had lots of trouble with the Bulls’ front office this year, but that didn’t stop him from clearly stating where he stands after Butler and Wade’s comments.

My vets would never go to the media. They would come to the team. My vets didn’t pick and choose when they wanted to bring it. They brought it every time they stepped in the gym whether it was practice or a game. They didn’t take days off. My vets didn’t care about their numbers. My vets played for the team. When we lost, they wouldn’t blame us. They took responsibility and got in the gym. They showed the young guys what it meant to work. Even in Boston when we had the best record in the league, if we lost a game, you could hear a pin drop on the bus. They showed us the seriousness of the game. My vets didn’t have an influence on the coaching staff. They couldn’t change the plan because it didn’t work for them. I played under one of the greatest coaches, and he held everyone accountable. It takes 1-15 to win. When you isolate everyone, you can’t win consistently. I may be a lot of things, but I’m not a bad teammate. My goal is to pass what I learned along. The young guys work. They show up. They don’t deserve blame. If anything is questionable, it’s the leadership.

Things aren’t working in Chicago, as many had predicted during the summer. The Bulls are 23-24, eighth in the East. Despite Butler making the All-Star team, Fred Hoiberg hasn’t been able to figure out how to make everything work. The trade deadline is February 23 at 3 pm EST.