Rajon Rondo Says This is Most Confusing Time of His Career 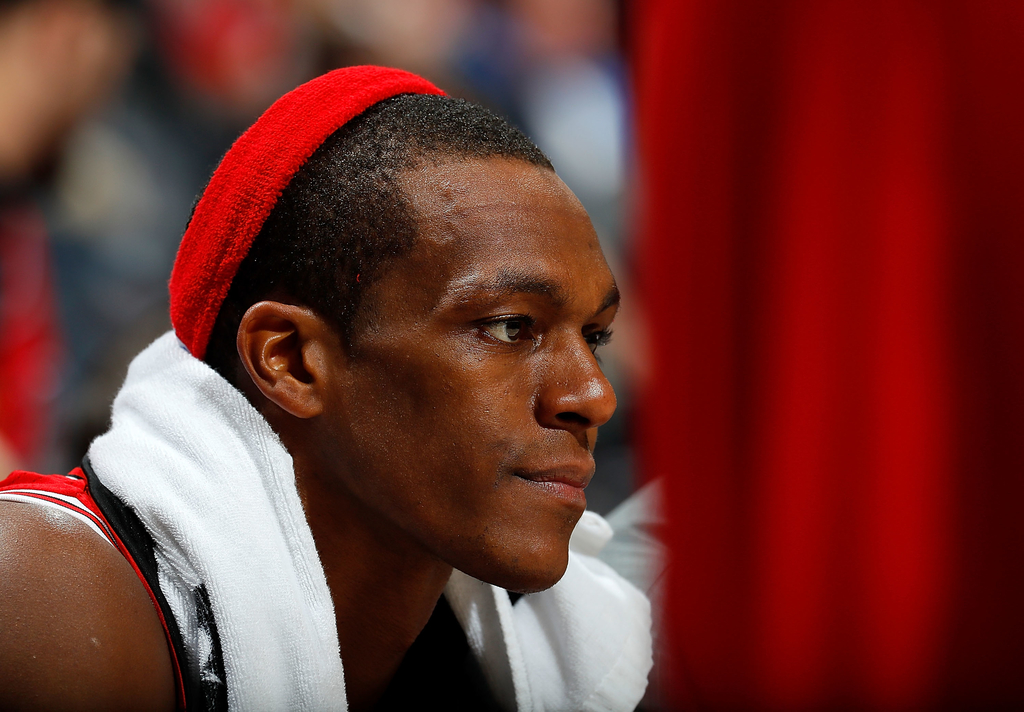 Ever since he was a DNP-CD for the entire second half of December 30’s game in Indiana, Rajon Rondo hasn’t been able to get a straight answer out of the Bulls’ coaching staff or front office about his future.

Rondo sat down for an 11-minute interview ahead of tonight’s game in Washington DC. Despite playing without Jimmy Butler and Dwyane Wade, Rondo still didn’t get the start, but he did return after a five-game benching.

During the mini-presser, Rondo said that this was most confusing time of his career. He said his relationship with Hoiberg is “cordial” and that they are both trying to win basketball games. He also said he’s been playing pickup games at a middle school in Maywood, Illinois.

According to KC Johnson, Rondo said he hasn’t had any communication with the front office since their meeting on December 31, when he told them that he would prefer to play somewhere else if he was going to continued to be benched.

“You’re only as good as your coaches think you are,” Rondo said. “That’s a big part of each individual’s success in the NBA.”

Rondo said he was told team is trying to "save him from himself." Rondo's thought on that? "I thought it was bullsh*t."

Rondo on if he and Hoiberg have talked much about his circumstance: "Um. How can I say this? No."

Rondo: "Save me from myself. I never heard that before in my life. But I guess he was trying to do the best thing for me."

Rondo: "When I signed here, why I wanted to come here, it’s a lot different than what I anticipated."