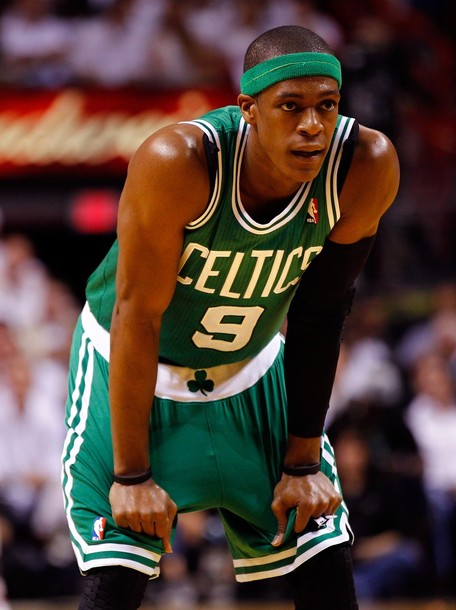 How good is Rajon Rondo? Coming off arguably the most memorable postseason of his career (you didn’t forget all those triple-doubles, did you?), the question has evolved from mild whispers into mainstream conversation. In terms of the current NBA landscape, you could make the case that Rondo is a top-2 point guard. He sets the tone of the ball game, possesses superior court vision, slithers into the lane at will, is fearless, has a contagious swagger, and most importantly, is just a flat-out winner. Rondo led the League in assists last year, and it’s crazy to think he led the Celtics all the way to the Final Four after they were largely dismissed a few seasons ago as being “too old.” It’s also telling when you look at Rondo’s résumé—take it for what it’s worth, but he’s won an NBA title, something Chris Paul, Deron Williams, Derrick Rose and Steve Nash can’t relate to. Shoot, those guys haven’t even been to the Finals.

Speaking to the media shortly after landing in the Philippines, Rondo, who has never lacked self-confidence, says he’s at a good place right now, but when it’s all said and done he has a bigger goal in mind: Rajon hopes to go down as the greatest point guard in Boston Celtics history.

Barely four hours after landing in Manila, NBA all-star guard Rajon Rondo took time to unwind at the Titan 22 barber shop at The Fort. He then went straight to scheduled business, talking to local media about, among other things, his place in Boston Celtics lore. “I hope I can end my career as the greatest point guard in the history of the Boston Celtics,” he said. He doesn’t know where he ranks just yet on the list of top lead guards in the history of the green and white, a lineup that includes all-time greats such as Bob Cousy, Jo Jo White, Nate Archibald, and Dennis Johnson, among others. Cousy was the first Celtics superstar, and was part of six titles with Boston. He pioneered behind the back dribbling, no-look passing, and other modern affectations during the early years of teh game. White, meanwhile, was the lead guard of memorable Boston championship teams in 1974 and 1976. He scored 33 points and nine assists in the Game Five of the 1976 Finals against the Phoenix Suns, a triple overtime game that is among the greatest in NBA history. Archibald was at the tailend of his brilliant career when he joined the Celtics, but helped the squad win the NBA title in 1981. Johnson, meanwhile, was the defensive demon who bolstered Boston’s backcourt in the 1980s. His memorable play perhaps came off a layup after a steal by Larry Bird against the Detroit Pistons in the Eastern Conference finals in 1987.