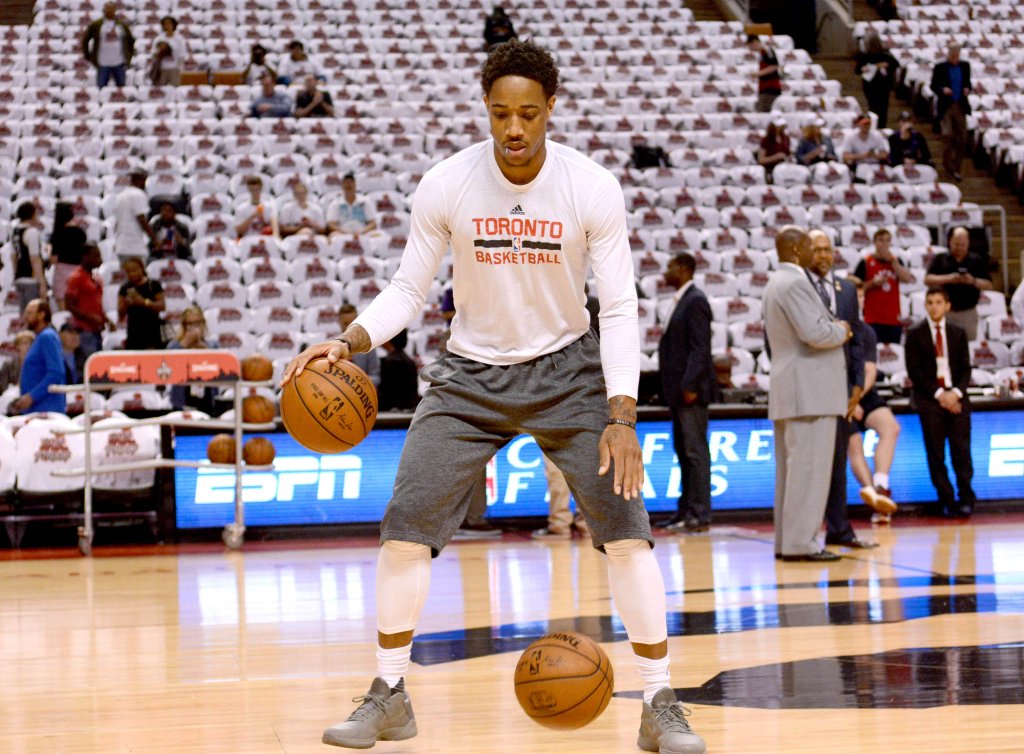 Anticipating a long night trying to unshackle himself from LeBron James’ defensive grip, DeMar DeRozan reportedly got in a long workout Sunday despite a pesky security guard’s attempts to keep him off the floor.

DeRozan was hilariously asked if he was an arena employee as he made his way to the court.

The All-Star shooting guard proceeded to rip the Cleveland Cavaliers for 32 points in the Toronto Raptors’ 105-99 Game 4 victory.

While members of the Cleveland Cavaliers spent Sunday night watching Game 3 of the Western Conference Finals at Real Sports Bar and Grill in downtown Toronto, DeMar DeRozan spent his evening inside Air Canada Centre. […] DeRozan worked up a sweat, shooting close to a thousand shots for about two and a half hours and didn’t exit the arena until 1 a.m. The session placed heavy emphasis on scoring assertively and promptly.

About seven hours before his evening workout, DeRozan had a hard time entering the court. He had arrived to do a television interview with ESPN. Upon entry into the bowl area, a female security guard spotted him and stopped him. She asked what he was doing there and even went as far to ask if he worked at the arena. […] DeRozan just chuckled and kept walking down the 100-level steps and onto the court where his backcourt teammate Kyle Lowry was waiting. The security guard called for backup, assuming a possible trespasser was on the scene.

“That was the first time that ever happened,” DeRozan said of the incident. “I just laughed about it. You know me. I wasn’t tripping. You can call the whole security team in here and obviously somebody is going to know, but she was just doing her job.”