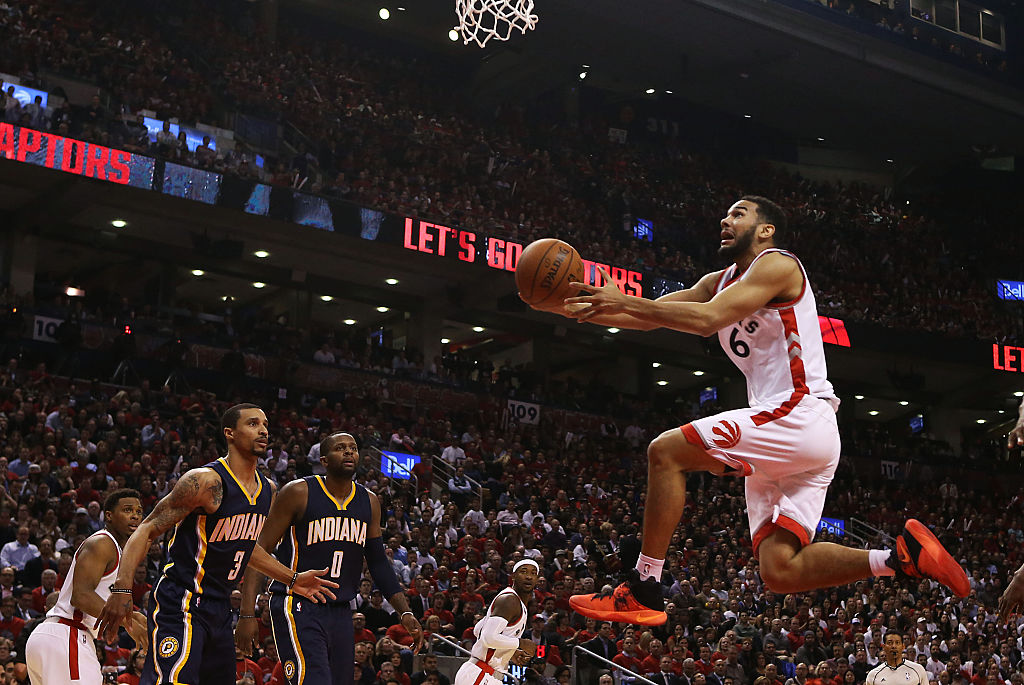 The Toronto Raptors are reportedly sending Cory Joseph to Indiana, in a sign-and-trade with the Pacers for CJ Miles.

The Raptors, in a salary-cap clearing move, are shipping DeMarre Carroll (plus two 2018 lottery-protected first-round and second-round picks) to the Brooklyn Nets.

The deal is pending completion of the Raptors’ trade with the Brooklyn Nets that will send DeMarre Carroll and two draft picks to Brooklyn for Justin Hamilton, league sources said. That transaction is pending the completion of the Washington Wizards matching Brooklyn’s $106 million offer sheet for Otto Porter Jr.

Miles, 30, gives the Raptors an athletic, scoring wing player who can share minutes with the developing Norman Powell. Miles shot 41 percent on 3-pointers last season, his 12th year in the league. The contract is expected to allow the Raptors to stay out of the luxury tax.

Joseph, 25, has been a supremely consistent backup guard for the Raptors who’ll fit well into the Pacers’ plan to go younger and start rebuilding the roster post-Paul George.