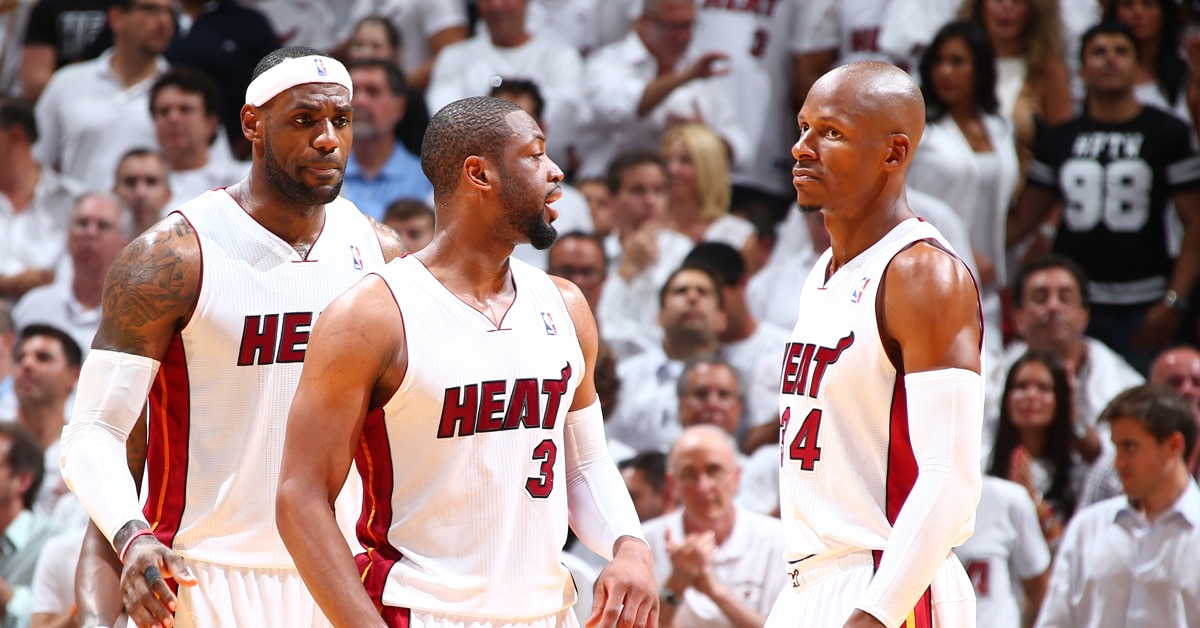 Ray Allen blamed the Miami Heat organization for wearing down its players by the end of the ‘Big Three’ era.

In an interview with Sports Illustrated‘s Rohan Nadkarni, Allen said the constant practices and appearances eventually burned out Heat players during the 2013-14 season.

A Q&A with Ray Allen on why he walked away, his last year in Miami, Paul Pierce, and more https://t.co/9K2E2b7fEu

“With a team as old as we were, and with as much basketball as we’d played, we were still doing a million appearances, we still were having all the practices, and doing all the things that typically wear you down by the end of the year.

“Just being on your feet so much. The team didn’t learn how to manage our bodies better. When your players have played in June the last three or four years, by this time you have to figure out how get people off their feet.

RELATED:
Dwyane Wade: 2014 Miami Heat ‘Like Being in a Bad Marriage’