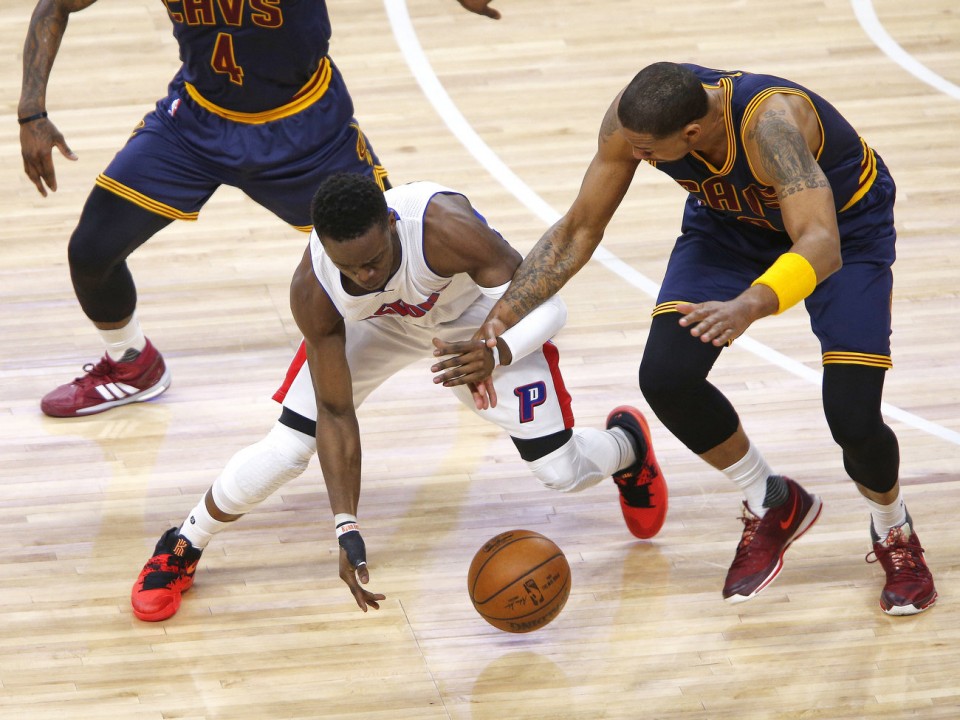 The Detroit Pistons were swept out of the postseason Sunday by the Cleveland Cavaliers, and point guard Reggie Jackson was less than thrilled with the officiating in the series.

Jackson wants the NBA to hand out serious punishment to its referees when they make bad calls.

He argues that since players face real “consequences” whenever they mess up, it’s only fair that refs are treated in the same manner.

The Pistons point guard missed a potential game-winning 3-point basket at the buzzer of Detroit’s 100-98 loss to the Cleveland Cavaliers, wrapping a four-game sweep for the defending Eastern Conference champions, but felt like a foul should have been called on Kyrie Irving. […] “We got a stop with no timeouts, Kyrie decided to pick up early and prevent me from taking a good shot,” Jackson said. “I tried to find a good look, and, uh …”

Upset over a no-call, one that perhaps could have been called on a bump from Irving before Jackson pulled up from 26 feet, he said NBA officials need a system in place to hold them responsible. […] “Fines, suspensions, being fired,” Jackson said. “The same thing that happens to us. Make bad plays or questionable (calls), you’re not really being productive to the sport. They should have consequences, just like the players. That’s about (all) I’m going to say on that.”

Pistons coach Stan Van Gundy, who was fined $25,000 by the NBA after Game 1 for criticizing officials, said he’ll let the league weigh in. […] “Or you guys can comment on that,” Van Gundy said. “You guys saw the game as much as I did. You’ve all got DVRs – you can watch and comment on it. You want me to comment on it so I can spend another $25,000.”