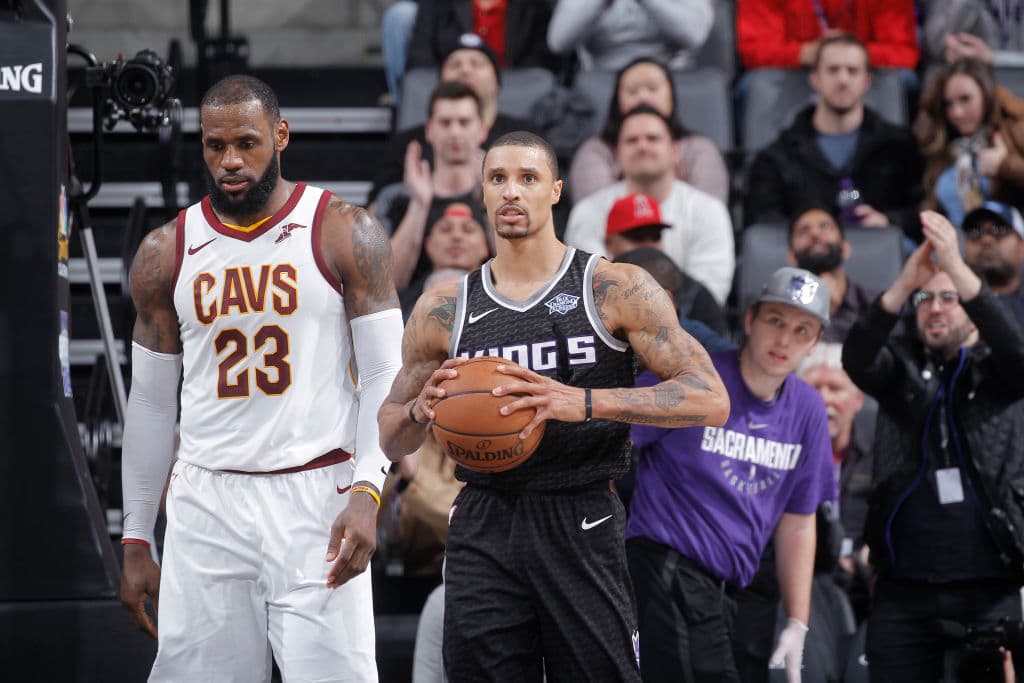 The Cavs are said to be dangling Iman Shumpert and Channing Frye.

Story with @WindhorstESPN on Cavs-Kings negotiations on a George Hill trade. https://t.co/nIOGf95OrD

The Cavs and Kings are reportedly also discussing the swap of a second-round draft pick.

No trade is imminent, but the two teams have moved closer on terms, and both are motivated to find a final pathway to a deal, league sources said.

Hill has been unhappy with his role with the Kings, whom he signed with last summer after turning down a more lucrative extension offer with the Utah Jazz. The Kings are determined to accommodate Hill’s desire for a trade, and his ability to guard both positions in the backcourt could help the struggling Cavaliers’ defense.

The Cavaliers have had some hesitancy about the guaranteed $19 million remaining on Hill’s contract in the 2018-19 season, league sources said, especially if LeBron James leaves in free agency and the Cavaliers move toward a rebuild. Only $1 million of the $18 million on his 2019-20 contract is guaranteed, making it easy to waive Hill.