Report: Cavs Have ‘No Interest’ in Carmelo Anthony 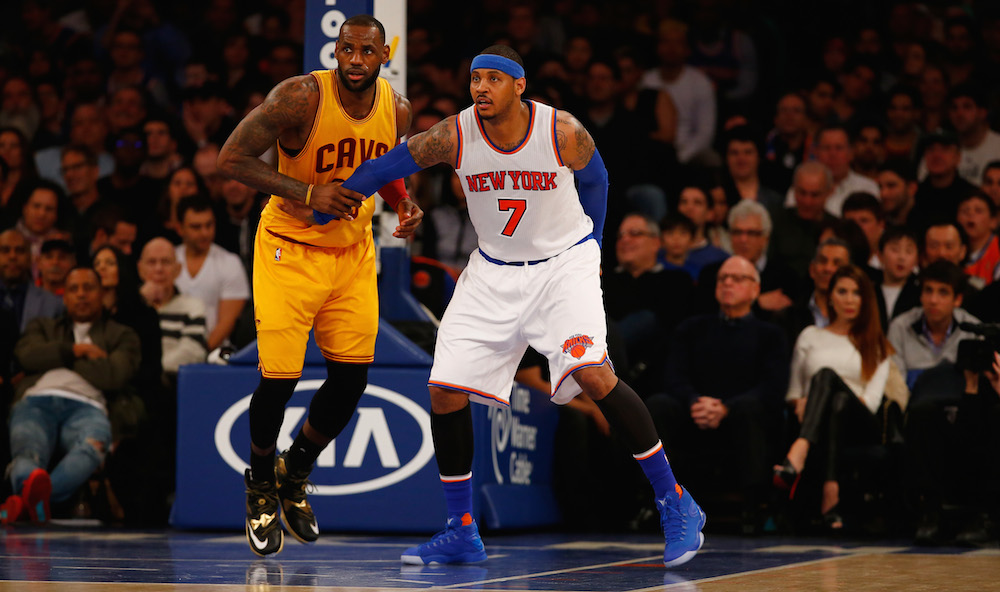 Update (January 25): According to ESPN’s Marc Stein, the Knicks reached out to the Cavs about a potential Carmelo Anthony for Kevin Love trade, but Cleveland shot it down:

League sources told ESPN.com on Wednesday that the Knicks have approached the Cavaliers to gauge their interest in swapping All-Star forwards but were told that Cleveland is not interested in such an exchange.

Despite LeBron and Melo having a close relationship off the court, the Cavs are reportedly not ready to let go of Love after the way he played in last year’s championship run:

Although James and Anthony are incredibly close and have both expressed interest in playing together someday, sources say Cleveland is not prepared to surrender Love to get Anthony after the role Love played in helping the Cavaliers win the first championship in franchise history in June.

Original Story: LeBron James and the Cavs are in the market for a playmaker, but reportedly, Carmelo Anthony is not the answer.

Sources have told me Cavs have no interest in Melo and wouldn’t trade Love for him. The Melo to CLE thing ain’t happening.

Melo thinks James wants to play alongside him, but he’s not daydreaming about hooping in Cleveland.

Anthony has so far refused to waive his no-trade clause, but knows the clock is loudly ticking on his chances to win an NBA championship.

Anthony admitted the time could come when it’s a mutual decision to waive his no-trade to get sent to a contender. Or he could also leave after next season via his opt-out clause if the Knicks aren’t close to title contention.