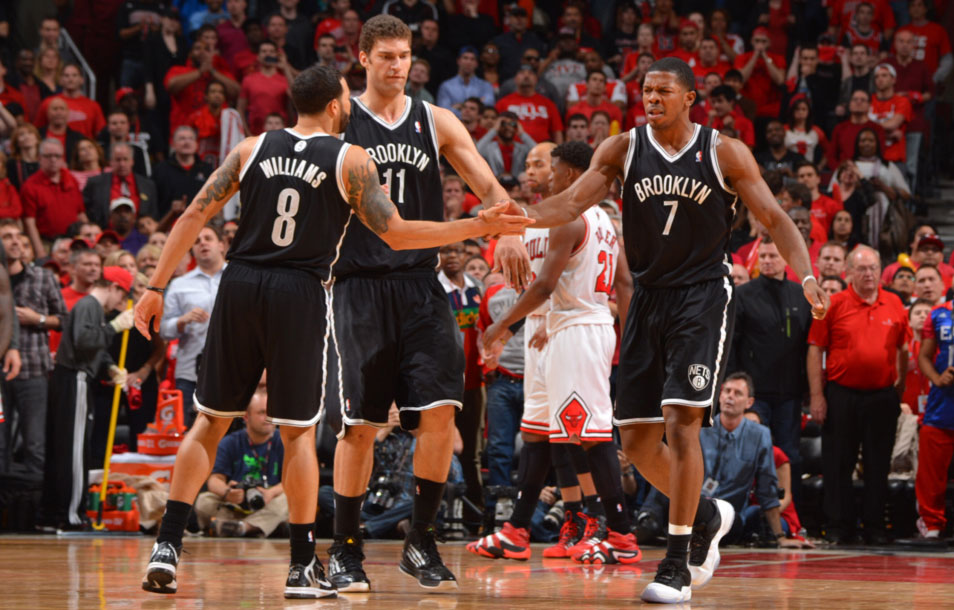 The Nets have made Deron Williams, Joe Johnson and Brook Lopez available via trade, according to sources of ESPN. Although no deal is considered imminent, the Nets have long been disappointed with their underperforming trio and have been exploring their options:

NEW YORK — The Brooklyn Nets have begun reaching out to teams to let them know that former All-Stars Deron Williams, Brook Lopez and Joe Johnson are all available via trade, ESPN.com has learned.

League sources told ESPN.com that ‎the Nets, off to a disappointing 8-11 start and looking to retool after last season’s $190 million roster filled with veterans couldn’t advance beyond the second round of the playoffs, have ‎let it be known that they are prepared to move any of those franchise cornerstones in what would likely be separate deals if they came to fruition because of the high salaries each possess.

Sources say no trade is imminent involving any of the three players.

‎The exploratory discussions with various teams are the strongest indication yet that the Nets are looking to shake up their roster after a tumultuous 2013-14 campaign in which they started 10-21 under rookie coach Jason Kidd. But they did rally to reach the playoffs and beat the Toronto Raptors in a first-round series despite another season of ups and downs for Williams and the injury-plagued Lopez alongside Kevin Garnett and the since-departed Paul Pierce.

‎Yet sources insist that the Nets haven’t abandoned their recent “win-now mentality” and aren’t merely looking to dump salary. Brooklyn’s hope, sources said, is eventually to construct a deal or two that bring back sufficient talent that enables the Nets remain a playoff team.