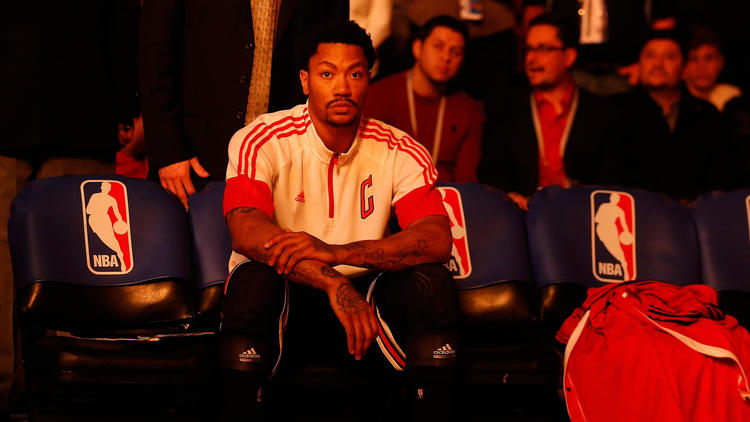 The Chicago Bulls shocked and saddened the hoops world late Tuesday night, by announcing that Derrick Rose needs to go through yet another knee surgery.

A timetable for his return to action will be given following the operation to repair a medial meniscus tear in Rose’s right knee.

According to the Chicago Tribune, there’s some mild optimism about the recovery time that awaits the 26-year old point guard:

The Bulls announced late Tuesday that an MRI exam confirmed a medial meniscus tear in Rose’s right knee, which will require surgery. A timeline for his return will be determined after the procedure, but two sources said the initial belief is that this tear isn’t as extensive as the one Rose suffered in the same knee in November 2013.

One of those sources said Rose’s path could follow that of Thunder guard Russell Westbrook, whose torn meniscus underwent three surgical procedures. The final of those three took place in December 2013. Westbrook returned two months later.

Rose and his family and advisers opted to have team physician Brian Cole repair and reattach — rather than remove — the torn meniscus during the November 2013 surgery. This created a longer rehabilitation period, which is why Rose’s 2013-14 season ended after those 10 games. But it also was considered better for long-term success and lack of arthritis after his playing career. […] A source said Rose was told after that surgery that a second tear could happen and typically those are treated by cutting or removing the damage. That generally involves a shorter rehabilitation of three to six weeks.