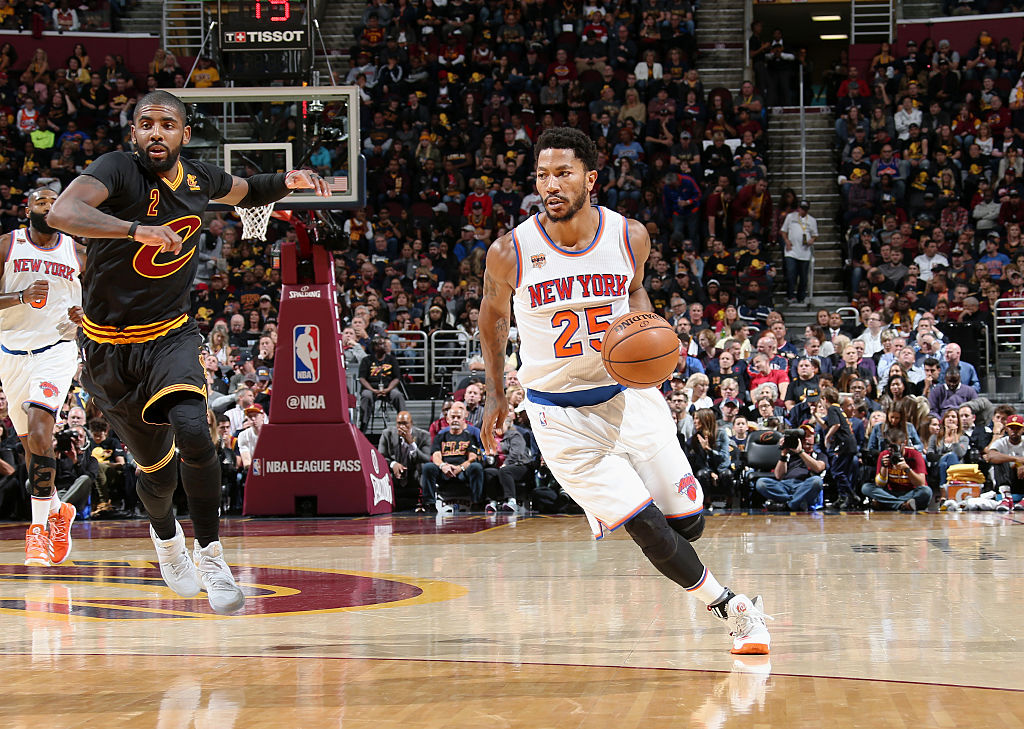 Free agent guard Derrick Rose is said to be “leaning” toward inking a one-year, $2.1 million contract with the Cleveland Cavaliers.

The former MVP has been engaged in serious talks with the Cavs, and is meeting the organization in Ohio today.

Rose’s visit comes amid Kyrie Irving’s trade request, which the organization has been aware since starting discussions with Rose recently. The Cavaliers have been fielding multiple trade calls and offers for Irving in recent days but do not yet have traction on a possible deal, league sources said.

Rose has been largely interested in finding a contender to help revitalize his market value, especially after a frustrating and dysfunctional 2016-17 season with the New York Knicks, league sources said.

Rose, 28, averaged 18.0 points for the Knicks last season. The 2011 NBA MVP had season-ending knee surgery in April but has recovered and has returned to full-time preparation for the 2017-18 season.