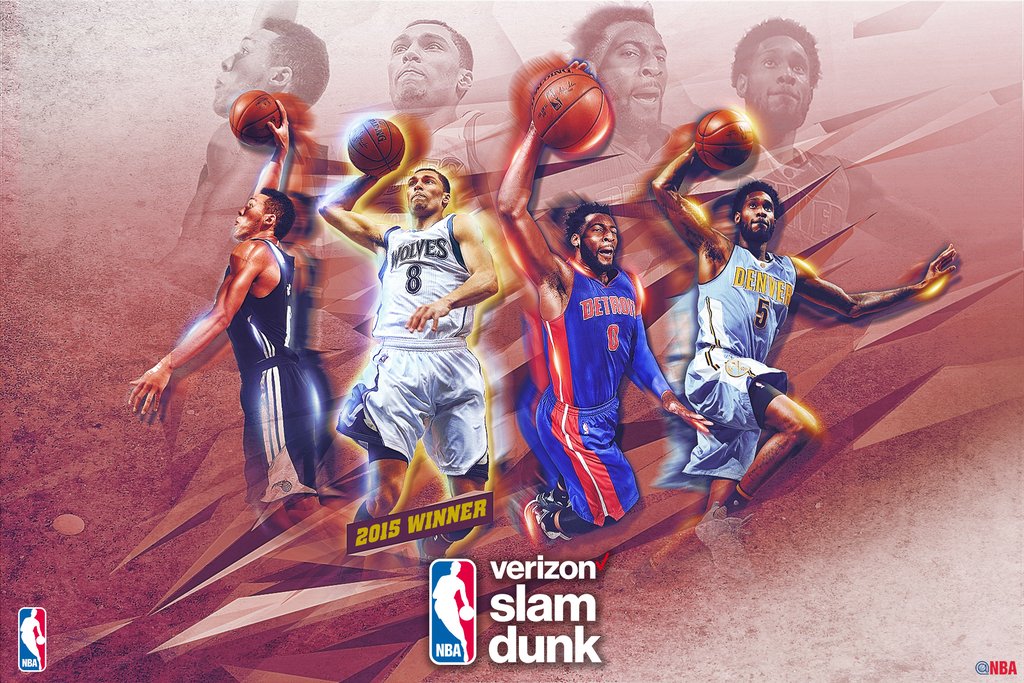 The field for the 2016 NBA Slam Dunk Contest will feature defending champ Zach Lavine, Andre Drummond, Will Barton and Aaron Gordon, it was announced Thursday night (though, of course, the news had leaked out earlier.)

Toronto-area native Andrew Wiggins won’t be participating for the second year in a row.

Andrew Wiggins has become one of the most electrifying dunkers in the NBA, but don’t look for him to challenge Minnesota Timberwolves teammate Zach LaVine, the reigning Verizon Slam Dunk champion, any time soon.

“My story is, I lost in high school, right when I was in the McDonald’s [All-]American Game, so I really don’t do … dunks anymore,” Wiggins said. “I kind of retired that back, left that in high school, so I don’t really do it anymore. Right now, you can give it to him [LaVine]. I won’t be doing all the surprise dunks. I just keep it simple — one hand, two hands.”

During the interview, (Karl-Anthony) Towns joked with Wiggins, “They want you in that [dunk] contest bad.” […] Wiggins shook his head and said, “Me? Nah. I lost. I’m not doing it again. Maybe one day, but right now, I lost in high school and I thought I should’ve won, so I’m just …”