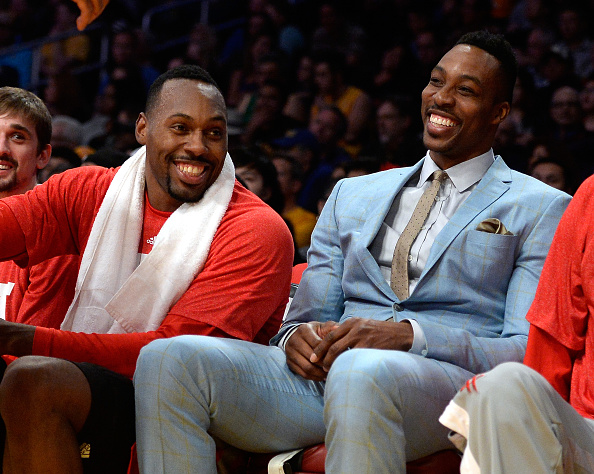 The Rockets are going to be without Dwight Howard for “at least a month,” according to a report from ESPN. Howard, who’s been forced to sit out Houston’s last four games due to a sore right knee after missing 11 games earlier in the year because of the same injury, is not expected to return to the court any time soon.

The Houston Rockets are bracing for the loss of Dwight Howard for at least a month due to persistent trouble with his right knee, according to league sources.

Sources told ESPN.com that the Rockets, while confident that Howard ‎has enough time to bounce back for the regular-season stretch run and playoffs, fear their defensive anchor will be lost for a period of “weeks” as opposed to days.

Howard is still in the process of getting additional consultation from various doctors to determine the best treatment course for the knee.

Yet sources told ESPN.com that the Rockets already acknowledge that a period of rest “likely measured in weeks” will be the minimum requirement before their defensive anchor is ready to the return to the lineup. But sources say Houston nonetheless remains confident that Howard will be able to come back “in plenty of time” to ramp up for the postseason, even if the absence stretches into the six-weeks range.

The Rockets are currently 33-15 and in fifth place in the Western Conference. They have a seven-and-a-half game lead on the ninth place New Orleans Pelicans. The Thunder, at 23-24, are also lurking. If Howard winds up missing multiple months Houston could find itself in trouble.