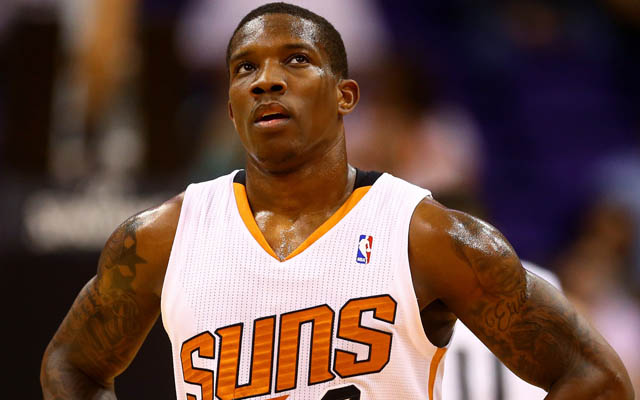 Restricted free agent guard Eric Bledsoe is said to be seeking a five-year maximum deal, worth $80 million. For the time being, the Phoenix Suns only appear willing to offer the talented and explosive Bledsoe four years and $48 million. The Milwaukee Bucks, Sacramento Kings and Houston Rockets are all reportedly considered suitors for the 24-year old. Per ESPN:

The thought that the Suns will match any offer Bledsoe receives from a competing club has deterred teams from aggressively pursuing the 24-year-old point guard. Phoenix has thus far refused to discuss potential sign-and-trade opportunities.

But the Suns’ completion of a sign-and-trade deal for Isaiah Thomas, along with the drafting of point guard Tyler Ennis, has potential suitors believing that Phoenix may move on from Bledsoe, league sources said.