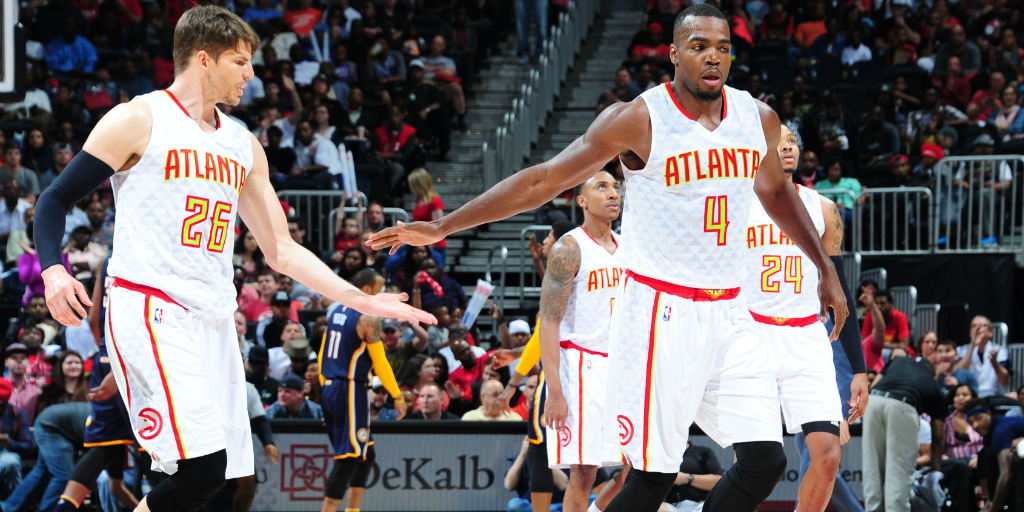 Paul Millsap and Kyle Korver have been key parts of the Hawks for the last four and five years respectively, but Atlanta may be ready to move on. A report from ESPN says that the Hawks front office have been listening to trade offers for the two players.

S‎ources told ESPN.com that the Hawks, fearful of losing Millsap in free agency without compensation in the summer, are not openly shopping him but are taking calls on the 31-year-old and other pending free agents, notably sharpshooter Kyle Korver and swingman Thabo Sefolosha.

Although the Hawks managed to sign Dwight Howard in free agency last summer to fill a frontcourt void, they were stung by the free-agent departure of Al Horford in that Horford, in the words of one source with knowledge of the team’s thinking, got away “for nothing.”

The Nuggets and Raptors are two teams that have expressed interest in Millsap in the past.

The Atlanta Journal-Constitution‘s Chris Vivlamore thinks Hawks fans to pump the brakes and says that ATL is not close to trading Millsap at this point.

The Hawks are not close to trading Millsap at this point. He clearly has been their best player. It doesn’t make sense right now while the team is still trying to figure out a new roster.

I know the Hawks could lose Millsap after the season (more on that a later). There are several in the organization who are not ready to move on yet from the way the roster is currently constructed. This team proved its willingness to stay with its group last year.

For the record, the Hawks declined to address the report.

There is another report from ESPN that says Millsap will opt out of the final year of his deal with the Hawks, but the AJC states that no such conversation has been had about the big man’s contract at this point:

In addition, a report surfaced that Millsap has already decided to opt out of the final year of his $21.5 million contract and become an unrestricted free agent this summer. Simply, not true. While this is likely, due to basic economics, no decision has been made. Millsap told me this himself earlier this year and a source confirmed Sunday that not only has no decision been made but no discussion has been had.